‘Brother No 2’ Nuon Chea in Hospital for Three Weeks﻿ 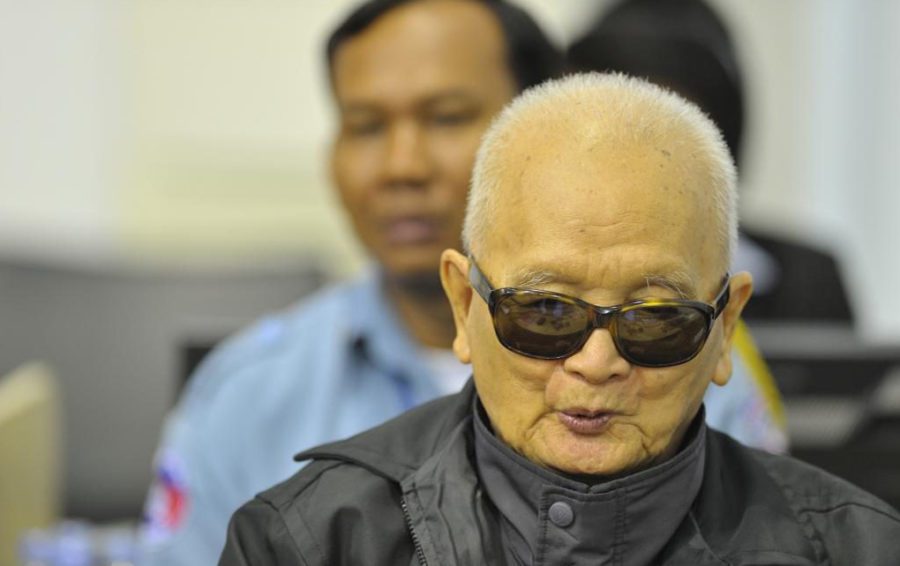 One of the two senior Khmer Rouge leaders to be convicted of genocide, Nuon Chea, has been in hospital for three weeks as of Tuesday, although his health condition was not able to be confirmed.

“I cannot comment on [Chea’s condition] because health is the private matter of the accused,” Pheaktra said.

Ngy Meng, director of Khmer-Soviet Friendship Hospital, said on Tuesday that he could not comment on Chea’s condition and referred questions back to the tribunal.

Chea, the ultra-communist regime’s deputy party secretary, was found guilty in November 2018 of genocide against ethnic Vietnamese within Cambodia, crimes against humanity and breaches of the 1949 Geneva Conventions alongside Khieu Samphan, 87, Democratic Kampuchea’s head of state. Chea was also convicted of genocide against minority Cham Muslims.

Chea and Samphan have filed appeals against the judgments, for which they received their second life sentences. In 2014, they were sentenced to life in prison for crimes against humanity committed during the Khmer Rouge’s rule from 1975 to 1979.

Earlier this month, the Phnom Penh Post, citing an unnamed doctor quoted by government-aligned outlet Fresh News, reported that Chea was suffering from an “ulcer on his toe that had turned black” resulting from poor blood circulation.

The doctor also said Chea had a “trapped nerve,” according to the Post.

“Nuon Chea’s ailment shows no signs of threatening his life. Doctors are ready to treat the ulcer,” the doctor added.

(Translated and edited from the original version on VOD Khmer)