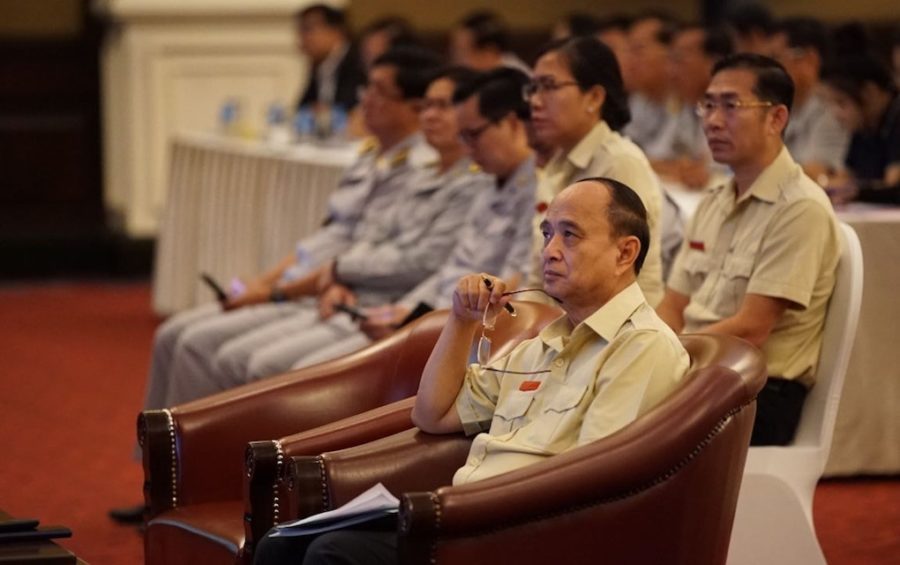 Cambodia continues to rank below most of Asia in Transparency International’s global corruption index, dropping one spot to No. 162 worldwide.

In the NGO’s annual Corruption Perceptions Index report, whose 2019 edition was released on Thursday, Cambodia scored 20 out of 100 for tax fraud, money laundering and citizens’ experience with corruption.

Pech Pisey, acting director of Transparency International Cambodia, said in a press release that Cambodia had made some progress in combating corruption, such as by decreasing petty corruption and improving tax collection, but the government should make bigger changes to see the score improve. He urged the government to amend the Anti-Corruption Law, promote access to public information, and protect whistleblowers and civil society in order to improve national anti-corruption efforts.

“The government needs to show seriousness in addressing systematic corruption,” he said.

Cambodia earned the third-lowest score in Asia, outperforming only Afghanistan and North Korea. Among the 10 Asean countries, only Malaysia and Vietnam increased their scores between 2018 and last year.

Government spokesman Phay Siphan said the report from Transparency International was not an official ranking.

“We don’t value it, and cannot take it as formal,” Siphan said. “We have institutions, we have laws, and we have created traditions of transparency and accountability in the institutions.”

Mam Dathalineth, a board member of the Cambodia Women Entrepreneurs Association, said she still sees corruption happening and wants the Anti-Corruption Unit to work harder to reduce corruption in the country.

“As I see so far, the Anti-Corruption Unit still needs to work closely with all institutions,” she said.

Om Yentieng, chairman of the Anti-Corruption Unit, declined to comment.