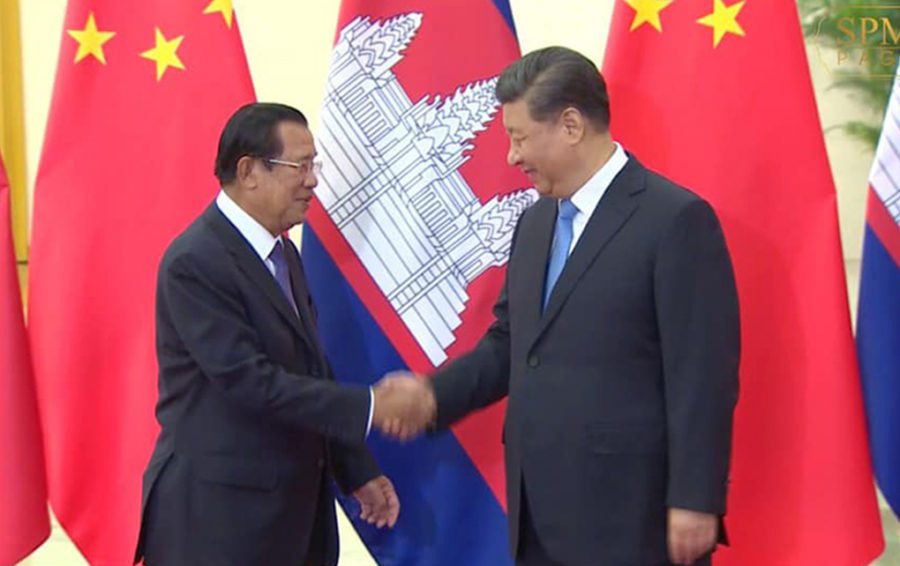 Prime Minister Hun Sen has described Cambodia’s relationship with China as being as strong as “steel” after the regional powerhouse that has helped buttress his regime in recent years pledged $90 million more for the country’s military.

Hun Sen used his Facebook page to pay tribute to Beijing’s pledge for 600 million yuan (about $89 million) during his trip to the Chinese capital for a special summit for “One Belt One Road” initiative from April 25 to 27.

“As a comprehensive strategic partner and ‘steel’ friend, we are brothers with shared interests in the same future,” Hun Sen wrote in a post on Monday.

Besides the funds for the military, Hun Sen said Chinese and Cambodian officials also signed six other agreements during the summit, including a deal for Cambodia to export some 400,000 tons of rice to China, further Belt and Road initiatives, customs procedures and one agreement on “technical and economic issues.”

During a recent visit to Beijing in January, Hun Sen said China promised to give his government nearly $600 million in aid — including grants and concessional loans — in the period from 2019 to 2021. It previously pledged about the same amount in the period between 2016 and 2019.

China is Cambodia’s largest creditor, with $3.4 billion out of $7 billion in debt held by the government owed to China — a figure representing 41 percent of the toal.