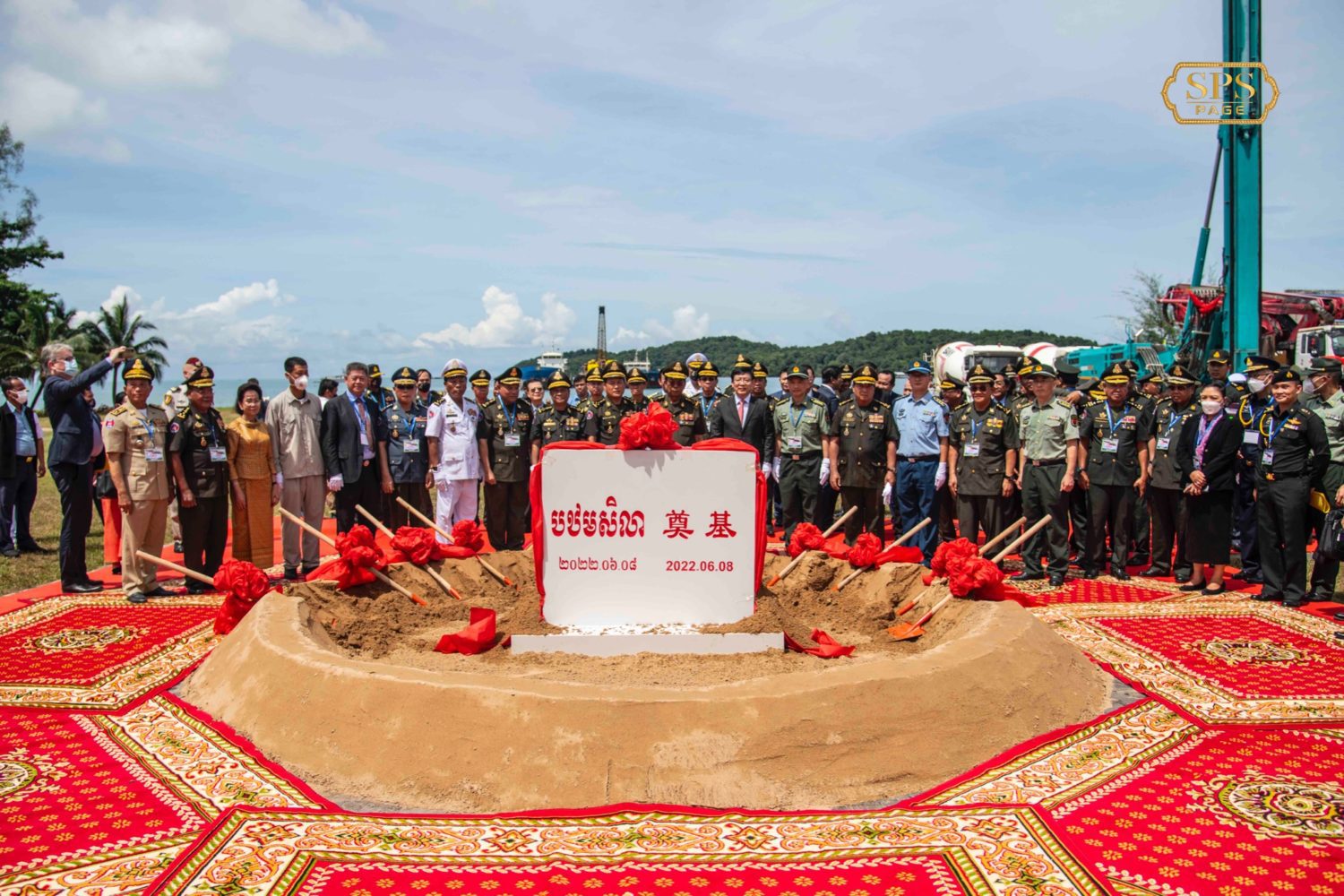 The groundbreaking ceremony for a new ship maintenance facility at Ream Naval Base, posted to Defense Minister Tea Banh’s Facebook page on June 8, 2022.

Amid U.S. reports alleging Cambodia is giving space to the Chinese military at the Ream Naval Base, Defense Minister Tea Banh on Wednesday inaugurated construction on a major ship-maintenance facility there.

While acknowledging that Cambodia had recently received significant arms from China, Banh said the country simply welcomed support from donors without choosing favorites.

The new shipyard facility in Preah Sihanouk province would be able to undertake maintenance for ships weighing 5,000 tons, Banh said.

“All ships traveling at sea, when they break down or experience any problems that require repairs, there is currently no place to repair them,” Banh said. “This is an important thing that we had sought strongly, and it has nothing to do with other issues besides seeking safety for ships.”

Fishers could also use the facility, he said, adding that dredging in the bay should also help with naval capabilities.

“Cambodia will continue to increase the RCAF’s capabilities to protect its sovereignty and territory and fulfill other obligations effectively, like antiterrorism, cross-border crimes, disaster rescues and peace operations.”

On May 28, Banh posted photos online of inspecting a range of armored vehicles alongside Chinese military officials.

“Cambodia has received donations from the friend, such as modern heavy armor and now we are in the training process,” Banh said. “Cambodia will continue to take donations from countries that are friends.”

“Cambodia has no policy to pick one country to oppose another country,” Banh continued. “For the development of the army’s capability, cambodia still continue to welcome and open to support from friend countries without taking discrimination trend.”

Foreign Minister Prak Sokhonn also issued a statement saying reports of Cambodia building a facility for the exclusive use of the Chinese navy were “groundless.”