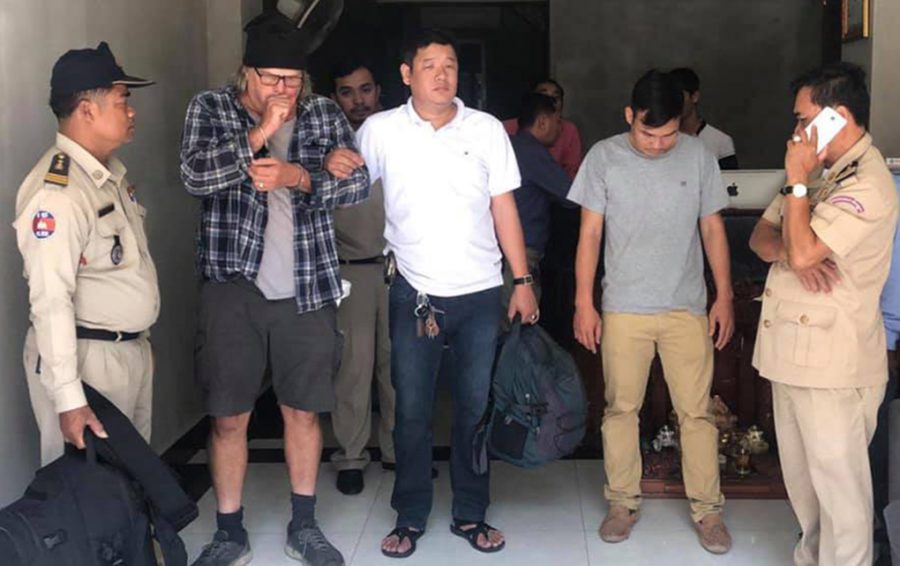 Cambodia was downgraded to the “Tier 2 Watch List” in the latest U.S. human trafficking report, criticized for failing to act on debt slavery at brick factories and for using anti-trafficking laws against political opposition figures.

Released Thursday, the 2019 Trafficking in Persons Report said the Cambodian government “demonstrated significant efforts” to combat trafficking but “did not demonstrate increasing efforts compared to the previous reporting period.”

Cambodian authorities had failed to collect or share “key information on law enforcement efforts” and official corruption impeded policing, the report said, leading to the downgrade from “Tier 2” to “Tier 2 Watch List.”

“Against a backdrop of insufficient government oversight and accountability measures, authorities did not investigate credible reports of official complicity with unscrupulous business owners who subjected thousands of men, women, and children throughout the country to human trafficking via debt-based coercion—particularly in brick kilns,” it said.

There were also several high-profile cases of anti-trafficking laws being used against the political opposition, it noted.

In February last year, a former member of the dissolved Cambodia National Rescue Party (CNRP), Ismail Pin Osman, was arrested over allegations of human trafficking. In 2016, the CNRP’s then vice president Kem Sokha was accused of sex trafficking for allegedly traveling to Thailand with a mistress.

Yim Virak, spokesman for the Interior Ministry’s National Committee for Counter Trafficking, said he was disappointed in the U.S. assessment, which he said did not reflect the amount of work the committee had accomplished.

“We have done a lot this year but we don’t know what the standards for the U.S.’s evaluation are. We really do not understand,” Virak said.

Although he disagreed with its findings, Virak said he would inspect the report’s recommendations for ways the committee could improve its work.

Soeng Senkaruna, spokesman for local human rights group Adhoc, said the U.S.’s view of Cambodia’s trafficking record was worrisome, given that bills in the House and Senate were considering a review of favorable trade under the Generalized System of Preferences (GSP) scheme due to rights concerns.

“These are a part of human rights,” Senkaruna said. “So if the U.S. sees Cambodia as still failing on human trafficking and labor rights, I think it will affect the GSP trade deal with Cambodia.”

He said he hoped the government would implement the U.S.’s recommendations as a way to improve relations between the two countries, he added.

Brunei, Laos, Malaysia and Vietnam were also placed on the “Tier 2 Watch List” in the report, with only the Philippines rated as a “Tier 1” country in ASEAN.