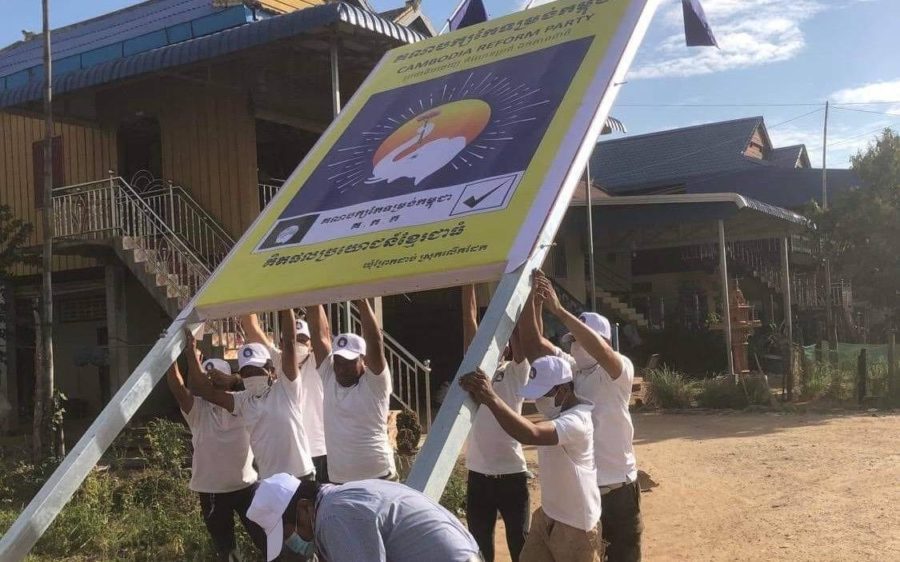 Two Cambodia Reform Party commune-election candidates have withdrawn their bids after a village security guard warned them to “be careful” and told them authorities would treat them as immigrants and stall paperwork, a party member said.

Hem Noeun, a Cambodia Reform Party candidate in Tbong Khmum district’s Chup commune, said on Friday that two of his colleagues running for councilor in the commune, Keo Saveth and Rang Vuth, had withdrawn due to a threat.

A village security guard, Chhum Chhon, had told them when they took their candidate list to the commune council that the local administration would treat them as immigrants and would stop issuing ID cards, birth certificates and other documentation, according to Noeun.

Vuth, a farmer, said he was concerned.

“He told me to be careful. If there is something wrong, no one is responsible for you. I said I am a villager, why do you say this?” he said. “It’s worrying. It’s why it’s difficult for us to work.”

Chhon could not be reached on Friday, but Andoung Lve village chief Tem Han said Chhon was his wife’s driver. Han said he was aware of the alleged threat, but the administration would not discriminate based on politics.

“I told him not to be afraid. This is your right, Vuth, you decide your own way,” Han said. “Which side is appropriate depends on yourself.”

The opposition CNRP won the commune chief seat in Chup before the party was outlawed later that year and its seats handed to the ruling CPP.

Current Chup commune chief Leuk Pov said he didn’t know about the intimidation of Reform Party candidates, and authorities would not discriminate in their administrative work.

Cambodia Reform Party founder Ou Chanrath called on his officials to stand strong and not be intimidated by political threats, while urging an end to political persecution.

Am Sam Ath, spokesperson for human rights group Licadho, said: “If there is still such intimidation, it is not called equal politics.”