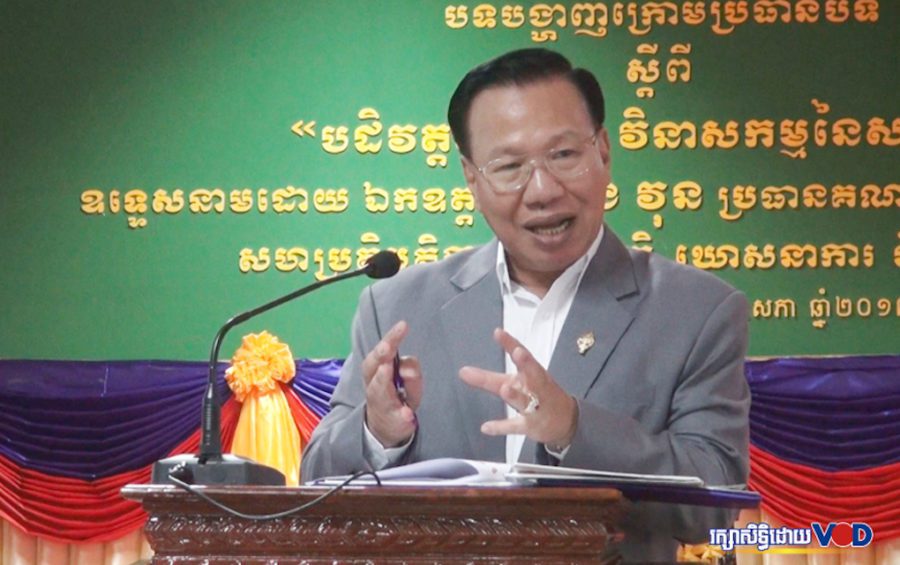 The government has rejected a request from Vietnam to provide Cambodian citizenship to Vietnamese who have lived and worked in Cambodia’s northeast for years, officials said.

Government spokesman Phay Siphan said the country had immigration and nationality laws, and followed the principle of the law.

“The National Assembly has already explained that Cambodia cannot act based on feelings or sentiment,” Siphan told VOD on Tuesday. “The government’s position is nothing more than law enforcement.”

Estimates of the number of various ethnic Vietnamese minority populations in Cambodia range from 400,000 to more than 700,000, although the figures are disputed. Some were born in Cambodia, while others are refugees, migrants or their descendants, and many do not have citizenship or residency documents.

Without documents, many ethnic Vietnamese living in Cambodia face numerous challenges, including “limited freedom of movement, being unable to own land, and difficulty accessing employment, education, health care, and legal protection,” according to a 2018 submission to the U.N. special rapporteur on minority issues from local NGO Minority Rights Organization and the University of Melbourne’s Peter McMullin Centre on Statelessness.

The request was rejected, Vun said.

Cambodia’s 1996 Law on Nationality provides for citizenship by birth, marriage and naturalization under specific conditions, as well as by donating more than $300,000 to the state coffers.

Royal Academy of Cambodia president Sok Touch said providing citizenship to migrants from a neighboring country posed serious risks, and the government should send undocumented people back to their country and prohibit them from living illegally in Cambodia.

If they were granted citizenship, they would have “every right,” including buying land and voting, Touch said.

“What will that group become in the future? They will become the owner of the country’s fate,” he said.

More than 180,000 foreigners were found to be living illegally in Cambodia, according to a July report from the Interior Ministry’s immigration department. The vast majority were Vietnamese.

Cambodian authorities confiscated more than 37,000 irregular documents, including residency books, identification cards, passports and birth and marriage certificates, from foreigners within the first six months of this year, the report said. The documents were issued to foreigners due to collusion by local authorities, it added.

Kirth Chantharith, the department’s director-general, said in July that Cambodia had provided permanent residence permits to some 88,100 foreigners, including nearly 87,800 Vietnamese people.