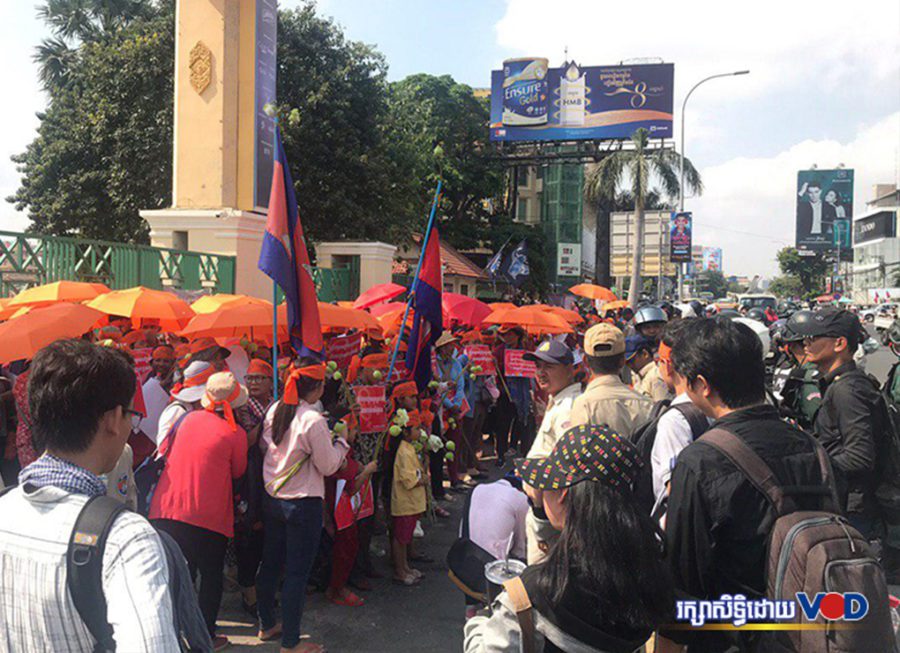 The second-worst category puts Cambodia one tier above neighbors Vietnam and Laos, marked “closed”; on par with Thailand and Myanmar; and a step below than the “obstructed” civil societies of Malaysia, Indonesia and the Philippines.

The report also labeled developed countries such as the U.S., U.K., Japan and France as having a “narrowed” civil society space, falling below the highest rating of “open.”

Released March 27, the report quotes an anonymous Cambodian civil society representative who claims authorities stepped up their obstruction of civil society organizations after the opposition’s gains in the 2017 commune elections.

“A number of laws and regulations were used against civil society including the LANGO, Anti-Corruption Law and Taxation Law,” the civil society representative said, referring to the controversial Law on Associations and Law on Associations and Non-Governmental Organizations passed in July 2015. “Anti-corruption charges against CSO activists, the shutdown of media channels and various forms of intimidation introduced additional restrictions on civil society operations.”

Soeng Senkaruna, the spokesman for local human rights group Adhoc, said regardless of Kheng’s assurances, the issues raised in the report were ongoing.

“Some provinces have not followed the Interior Ministry’s directives, and commune police and local authorities always mistreat the members of our organization who go to fulfill their work,” Senkaruna said, complaining of routine harassment of civil society leaders and staff by authorities.

“They are always being called in for questioning by police, and local officials interfere when we are working,” he said.

Senkaruna asked the government to accept the Civicus report findings and conduct the necessary reforms to reopen civil society space in Cambodia.

In late 2017, the government created a committee to monitor foreign organizations for their compliance with Lango, a measure that was seen by civil society as a threat against groups working to promote human rights and democracy.

According to a recent report from the Interior Ministry, there are currently 2,179 registered associations and 3,149 registered NGOs in Cambodia.