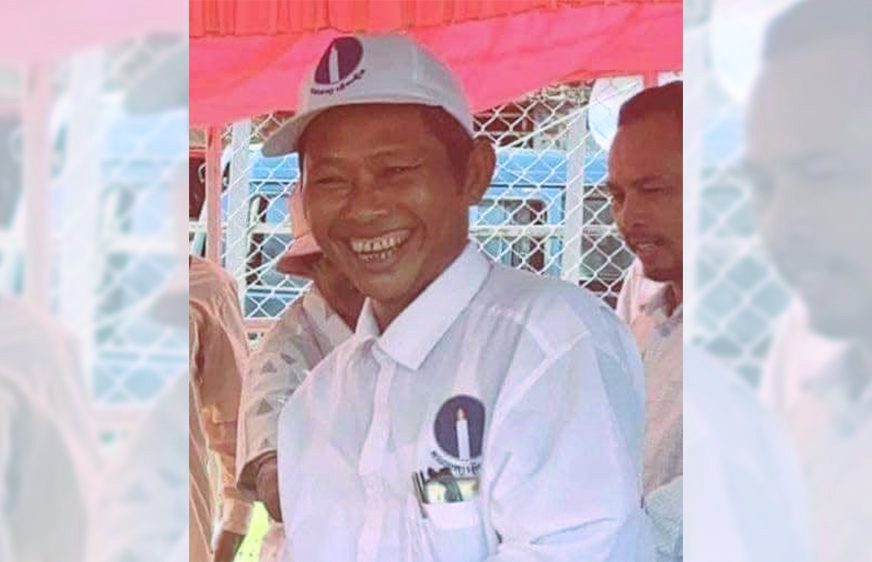 A Candlelight Party commune chief-elect was arrested on Tuesday for alleged robbery in a case that dates back to 2002.

Nhim Sarom won the recent commune election with the Candlelight Party in Chamna Loeu in Kampong Thom province according to preliminary results, but was arrested on Tuesday for a decades-old robbery charge, said Chhay Cheng, who is the deputy head of the party’s provincial working group.

Chamna Loeu commune police asked Sarom to come to the station on Tuesday, where officers read out a court warrant and then arrested him, Cheng said, relaying information from other Candlelight councilors-elect who had accompanied the now-jailed politician.

“I think it is a threat to his political work, when he was just elected as Chamna Loeu commune chief,” he said.

Cheng added that the alleged robbery happened in 2002 when Sarom took a water pump from someone who owed him money and who then lodged a robbery complaint against him. There was a settlement negotiated with the commune chief and village chief at the time, Cheng added.

Sarom was a commune councilor with the Sam Rainsy Party in 2012 and then a first deputy chief with the CNRP in 2017. His was one of only four communes the opposition party won at the June 5 election.

A court arrest warrant from 2012, confirmed by a court official, shows that Sarom — who is referred to by multiple aliases like Duk Sarom — was ordered to appear at the court on April 23, 2012.

Provincial court spokesperson and deputy prosecutor Say Veasna confirmed the arrest and said the charges were linked to the robbery from 2002. He said the defendant could face five to 10 years in prison, which could have increased to life in prison if the robbery involved someone’s death.

Veasna added that if the Criminal Code has more lenient sentences for the exact same crime then it would take precedence.

Veasna denied allegations that the arrest was related to politics. “This is just a claim. The competent officials are implementing procedures based on the case file, evidence and investigating judge’s orders,” he said.

Thach Setha, vice president of Candlelight Party, said he was alerted to the arrest at 1 p.m. and alleged it was politically motivated. He was curious why authorities had not arrested Sarom for the last 20 years as he was never in hiding.

“I think that the intimidation and threat is even more serious, so I would like to appeal to the authorities to end this case and the arrest of the activists without clear reasons,” he said.

Lawyer Sek Sophorn said that generally, statutes of limitations for crimes do not apply once complaints reach court. But courts should also process case files in a timely manner once they receive them, he said.