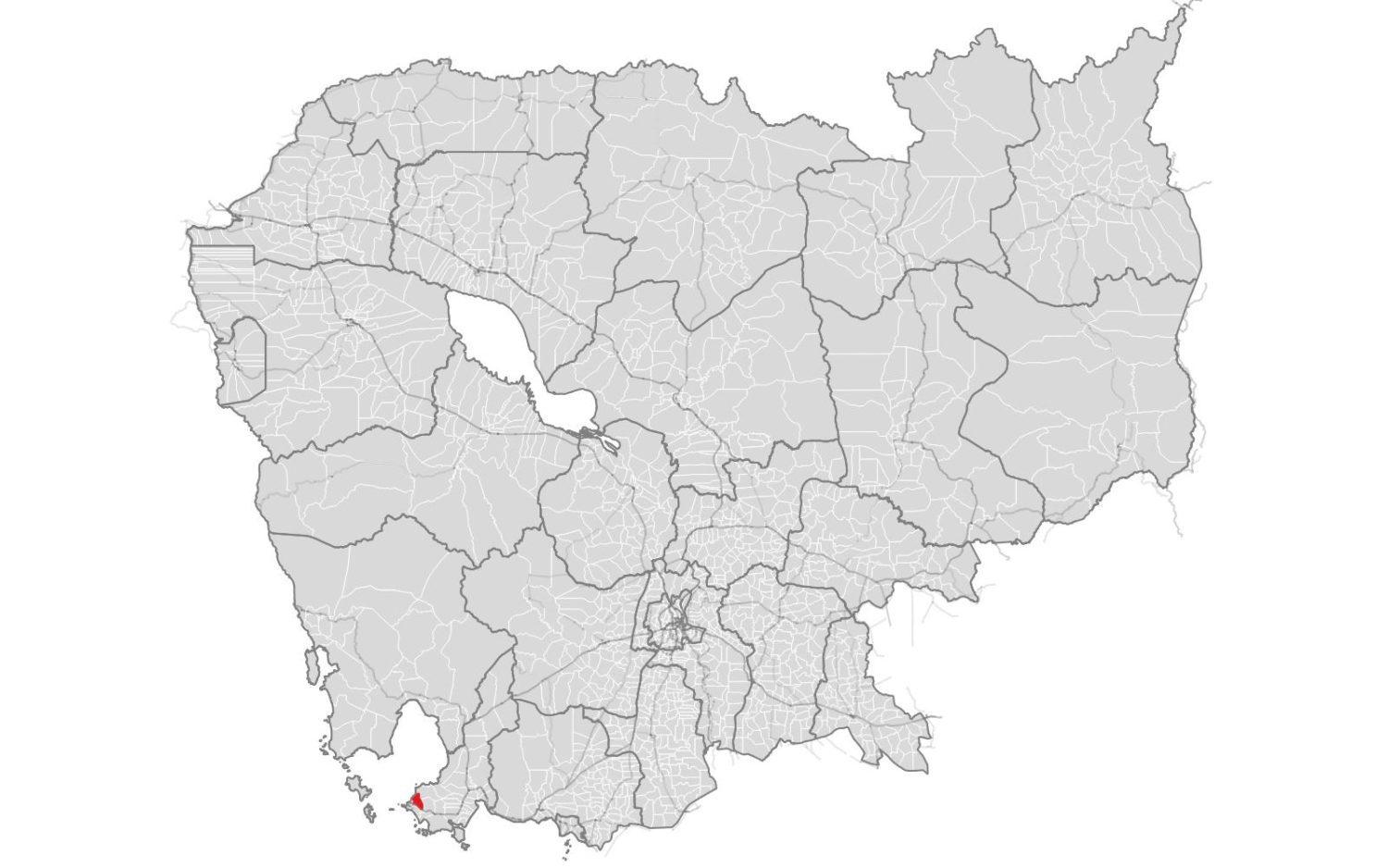 Three of the 22 candidates who registered to run for the Candlelight in Muoy commune have defected to the ruling party since they submitted their names, says Ouk Chetny, the chief candidate for the opposition. The rest have been quiet in their campaigns, he adds.

“There has been lots of intimidation, silencing freedom of expression because we have seen many people want to stand as candidates have removed their names from the list,” he says.

Chetny, in contrast, is driving down Muoy commune’s main road blaring slogans with less than a week to go before the election. His white Toyota pickup truck is coated with Candlelight Party flags and stickers, with a motto sprawling across its side: “For the sake of all Khmer people, vote for the Candlelight Party.”

In spite of the intimidation, Chetny thinks he can win the metropolitan commune once again off the promises to fight corruption and resolve land disputes that brought him victory five years before.

Muoy commune was one of three jurisdictions in Preah Sihanouk province that went to the opposition in 2017, explains Kung Ji, who’s in charge of planning for the province’s Candlelight Party. In this commune, the party won 6 out of 11 seats on the council, and Ji believes they can win 60% of the vote again in Muoy.

Ji describes Muoy commune along Sihanoukville’s northwest coast as a stronghold for the CNRP. He thinks people identify the Candlelight Party as a group against corruption.

He adds that Chetny’s win in 2017 showed that voters take issue with corruption in the local government.

“I think in the first two years we won’t be able to remove corruption [completely] but we can remove it step by step,” Ji says. “Because he won, the people want to clear [out] corruption.”

Chetny, the optimistic opposition chief candidate, contends that commune officials devolved into corruption since he lost the chief position after his party was disbanded in 2017.

If he wins the commune, Chetny says, he would aim to deliver quick services to residents, without bias toward the income level and connections of the person.

“Our policy is to serve people equally in attention and eliminate corruption in the commune hall, and make people have equal rights,” he says. “It doesn’t matter whether they are rich or poor.”

Another big issue to voters is security, he explains, both in terms of protecting citizens from drug users and also security in their residence, adding that people fear they’ll be evicted from their homes. Chetny believes these concerns will be enough to convince people to change parties.

“When the bamboo shoot is rotten, how can it become good bamboo?” he asks. “The local authorities are not taking action on this issue and allow it to happen, and poor laws are being implemented.”

However, Eng Vuthy, Village 3 chief in Muoy commune, feels secure about the ruling party’s chances in the coming election, saying he thinks 90% of the vote in his commune will go to the CPP.

“We visited the people’s houses to ask their feelings and move them to vote,” he says.

“We see the people are happy because they know the province and the government built many roads,” he says, noting that the government paved Tumnob Rolork, the main road running from the city north to Stung Hav district.

In Vuthy’s eyes, the biggest issues for the commune to address are infrastructure: Some of the roads were still bumpy or unpaved, and the drainage systems should be improved.

Vuthy also sees challenges to governing in Muoy commune that the challengers may not realize: The villages have temporary numeric names because they’re not officially registered as villages, he says, adding he’s disappointed to see that his village and role isn’t recognized in provincial meetings.

Both ruling and opposition officers see land as a topic on voters’ minds. But unlike residents living southeast of the metropolis in Buon commune or Prey Nob district’s Bit Traing, Muoy commune residents haven’t had as many massive developments.

However, Chetny, of the Candlelight Party, argues the commune could turn opposition again over resentment related to land issues.

“When [a powerful person] needs to start a development, they will evict them without consulting with them … so I think the current government and development do not serve the people but serve foreigners, while Cambodian people struggle to live and they live day by day,” he says. “People are not better off because the prices at the market are high.”

Chetny says he was embroiled in a land dispute of his own. After he was ousted in 2017, he attempted to buy some land in Muoy’s Village 1 where he could grow corn.

He arrived one day to take care of the land, but he was arrested for encroaching on state land and kept in jail for two years, he says.

Chetny believes the arrest was more about his party affiliation rather than the land itself, saying that CPP officials asked him to defect.

Now running again for the position he lost, Chetny thinks frustration with land disputes will be his ticket to victory, adding that road upgrades have cut into many people’s land and homes.

He gestures to the street coffee stall where he sits with reporters, noting the new blue metal roof and freshly-painted walls of the house behind him. He asks the coffee stall owner how much of her house had to be cut down for the new road, and she replies: 4 meters.

“People have houses already, and they’re worried they’ll be kicked out,” he says.

Vuthy, the chief of Village 3, says only 10% of residents in his jurisdiction had “hard” — or official — land titles. The community is located along the Tomnub Rolork road running between the coast and the railroad, so much of the land people have built their houses upon is owned by the national government.

“In my opinion, they won’t be able to get titles in the future,” Vuthy says of these roadside homes.

When asked how the unstable nature of their homes affects the village’s support for officials, he says “it impacts their spirits and feelings.”

Vuthy knows what would secure the election: “I think if the government cut off the land to make the titles for them, the CPP will win 100%.”

Chan Danit, a lower-ranked candidate for the Candlelight Party in Muoy commune, repeats Chetny’s concerns that the ruling party has been attempting to intimidate supporters of the opposition.

He claims that some Candlelight supporters in the commune have not received their IDPoor benefits so far for May, even though it is usually delivered on the 25th of the month, claiming it is another intimidation tactic. However, he wouldn’t share a contact of someone to whom this happened.

“When people come campaign with us, the village chief will take pictures,” he says, arguing that Candlelight supporters feel like they’re being monitored. “Now the people live in fear.”

Vuthy, the Village 3 chief, feels the commune has already experienced a vote for change at the last election, and now knows better.

“Before, the people followed other people and wanted to change the regime and wanted to know” a new party, Vuthy said. “But now they know clearly that the change is not good, so their latest decision will be to vote for the CPP.”