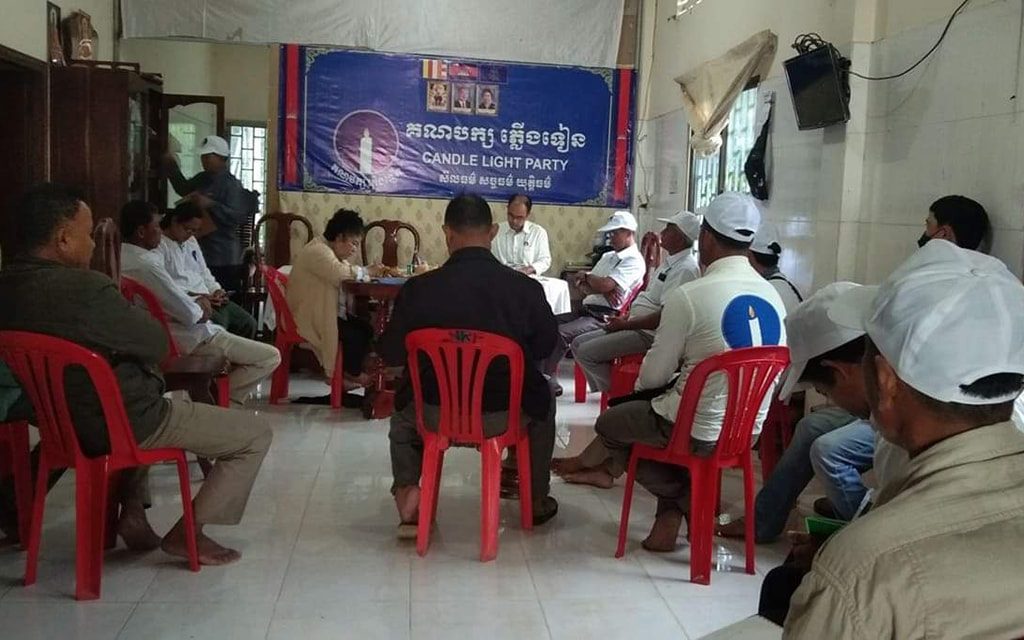 A former doctor in Pailin is facing two lawsuits after becoming head of the Candlelight Party in the province.

Khem Mony Kosal was removed from his health department post in March last year after criticizing inactive officials during the Covid-19 response at the border with Thailand. He later joined what has become the country’s biggest opposition party.

According to two separate summonses, Mony Kosal has been called for questioning at the Pailin Provincial Court on April 8 and 20 for defamation and incitement.

Mony Kosal said on Tuesday that one of the lawsuits came after he filed a complaint to the O’Andoung commune election committee about a ruling party village chief disrupting his monitoring activities.

“Instead now he’s filed a complaint against me related to the election issue” for defamation, he said.

The other case was an old one relating to last year’s criticism of provincial officials, Mony Kosal said.

“It’s a shock,” he said. “These are new threats that are preventing my political activities in the Candlelight Party.”

In Pailin, the ruling CPP’s provincial Facebook page has posted documents of 15 Candlelight Party candidates removing themselves from running in the June commune election.

Opposition politicians have alleged intimidation and threats against their party candidates to drop out.

Pailin provincial governor Ban Srey Mom could not be reached.