Census Behind Schedule in Booming Preah Sihanouk Due to Language Barriers​ 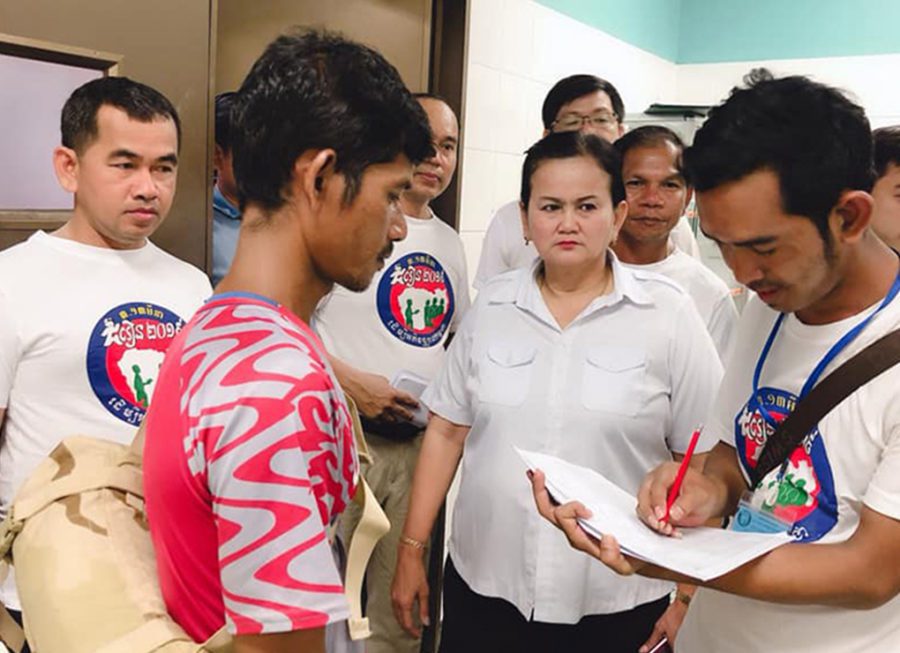 The Planning Ministry said the general population census was progressing slowly in Preah Sihanouk province due to difficulties interviewing an influx of Chinese construction workers.

Nob Kannavuth, deputy general director at the ministry, told VOD that as of Wednesday, Phnom Penh and Preah Sihanouk were the only areas where the census was yet to be completed.

In Preah Sihanouk, foreigners at construction sites who could not speak Khmer were an obstacle, he said, while in Phnom Penh, people were often not at home.

“There is a complication because of the increasing amount of development,” Kannavuth said. “There are so many Chinese people, and when doing interviews we haven’t been using ordinary officers; we’ve used immigration officers in order to help us with language. It is difficult to communicate. They speak Chinese and we don’t speak Chinese.”

He added that the ministry had prepared its census questionnaires in Chinese and English as well as Khmer.The general population census—the country’s first in 11 years—was scheduled for March 3 to 13. About 50,000 census officers were enlisted for the effort.