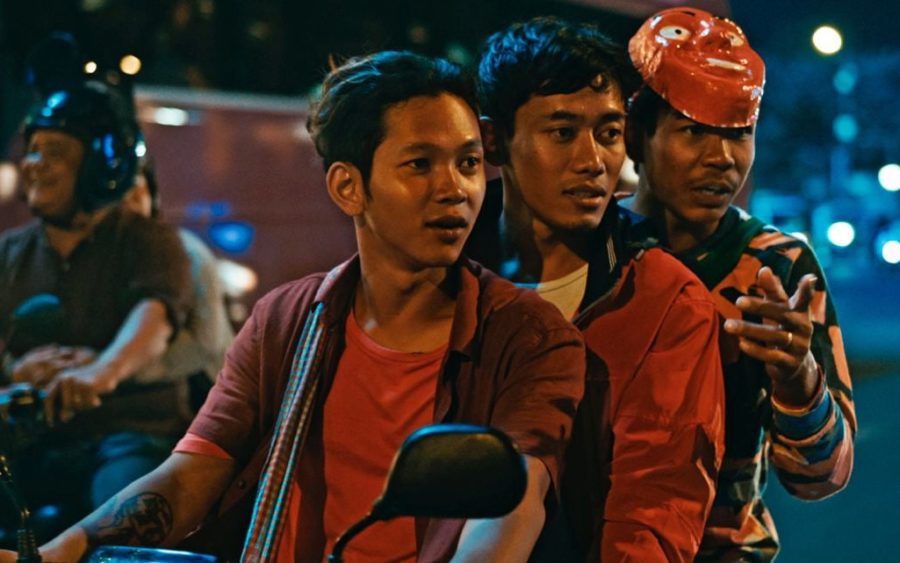 Chhun Piseth, left, in a still from the White Building movie which was screened at the Venice film festival last week. (Supplied)

Chhun Piseth says he still hasn’t had the chance to watch all of The White Building, a new Cambodian film for which he won the Orizzonti award for best actor at the Venice Film Festival this month.

The movie, which has yet to be publicly released, tells the story of a young man trying to make it as a dancer while his family faces eviction from the White Building — a dilapidated but historical Phnom Penh landmark that was controversially demolished in 2017, and is now slated to become the Naga 3 casino.

On September 11, Piseth was named winner of the Orizzonti best actor award, an honor he hopes will help him find more opportunities in the Cambodian film industry and allow him to expand into new artistic territories.

“I am so delighted and it means so much to me,” Piseth said this week. “Also to my director and crew, they are so proud of me that I was selected. … I am so happy to be a part of this achievement.”

He said he was not able to fly out to Venice for the occasion, due to personal and health reasons, so he hopes to watch the final film alongside the Cambodian public when theaters reopen.

“I wish I could have watched it on the physical big screen at the Venice film festival,” he said. “Till now, I haven’t watched the whole story yet.”

Piseth, 25, was born in Kandal province as the middle child of five siblings, but moved to Phnom Penh at 6.

In grade 9, Piseth met a group of friends at a gym who were all interested in K-Pop. They formed a dance group, D-Man, and began covering Korean songs. They are still together.

Piseth began studying both mechanical engineering and English literature at two universities simultaneously, but he soon realized what he really wanted was to become an artist. He dropped out, partly to help his family earn a living, and put renewed energy into D-Man. His mother is a shopkeeper, his father a private taxi driver, and he still lives with his family, he added.

“We create songs and music in the band,” he said. “It is a boy band with both singing and dancing.”

While working with the group, Piseth found acting work through contacts in the industry. He acted in one short film, then was invited by director Kavich Neang to play the leading role in The White Building. Neang himself grew up in the real-world White Building.

Piseth hurt his knee during rehearsals, and the six-month filming became a challenge, he said. The film — shot around Phsar Tapang and St. 51, near Central Market — required him to dance in several scenes. It was rewarding to have the film presented at the film festival, and to have the work recognized, he said.

Piseth said he shared a lot with the main character, Samnang, notably in their dreams to find success in dance. He felt a connection to the story through his character, he said.

“We have a lot in common with my real life,” he said. “It made it easier for me to act.”