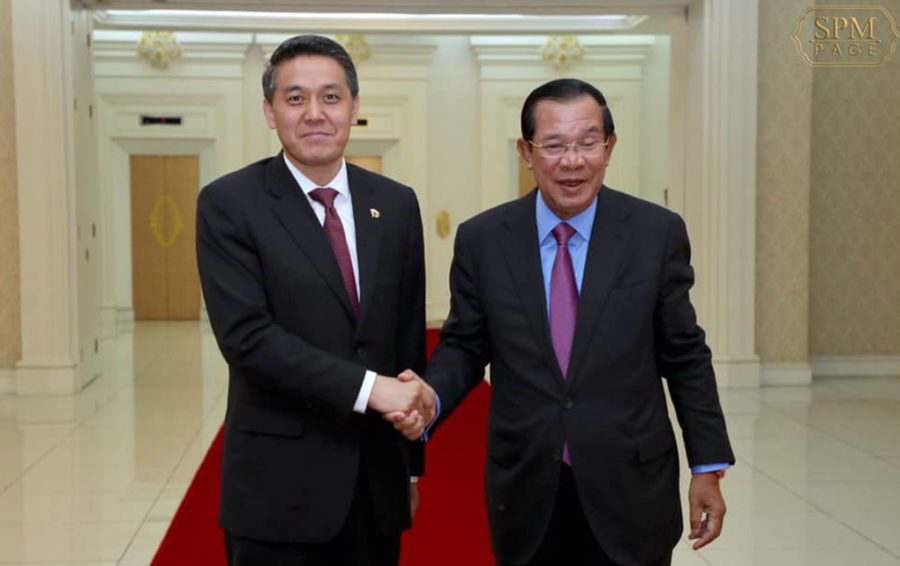 A post on the prime minister’s Facebook page said that the Chinese official met with Hun Sen at his office building, known as the “Peace Palace,” to discuss the implementation of raft of investment promises made by China during the April 25-27 meeting on the country’s “Belt and Road” project in Beijing.

“Wang Yajun’s visit to the Royal Kingdom of Cambodia at this time is to push and continue all work that the top leaders of the two countries that the prime minister [Hun Sen] and President Xi Jinping signed off on in the past,” Hun Sen wrote.

According to the post, Wang also informed Hun Sen that he planned during his trip to visit the coastal town of Sihanoukville to learn more about the infrastructure requirements of the city and ongoing investments made by Chinese firms there.

Sihanoukville has become a focal point of concerns about the mismanagement of influxes of Chinese money into the country. Among other issues, there have been many complaints about Chinese-owned casinos, including that some are being built without permission and also releasing raw sewage into the ocean.

Earlier this month, a body of a Chinese man was also dumped out of a car in broad daylight, and a video was released online with a group of self-purported Chinese gangsters claiming to have plans to take over the security situation in the city.