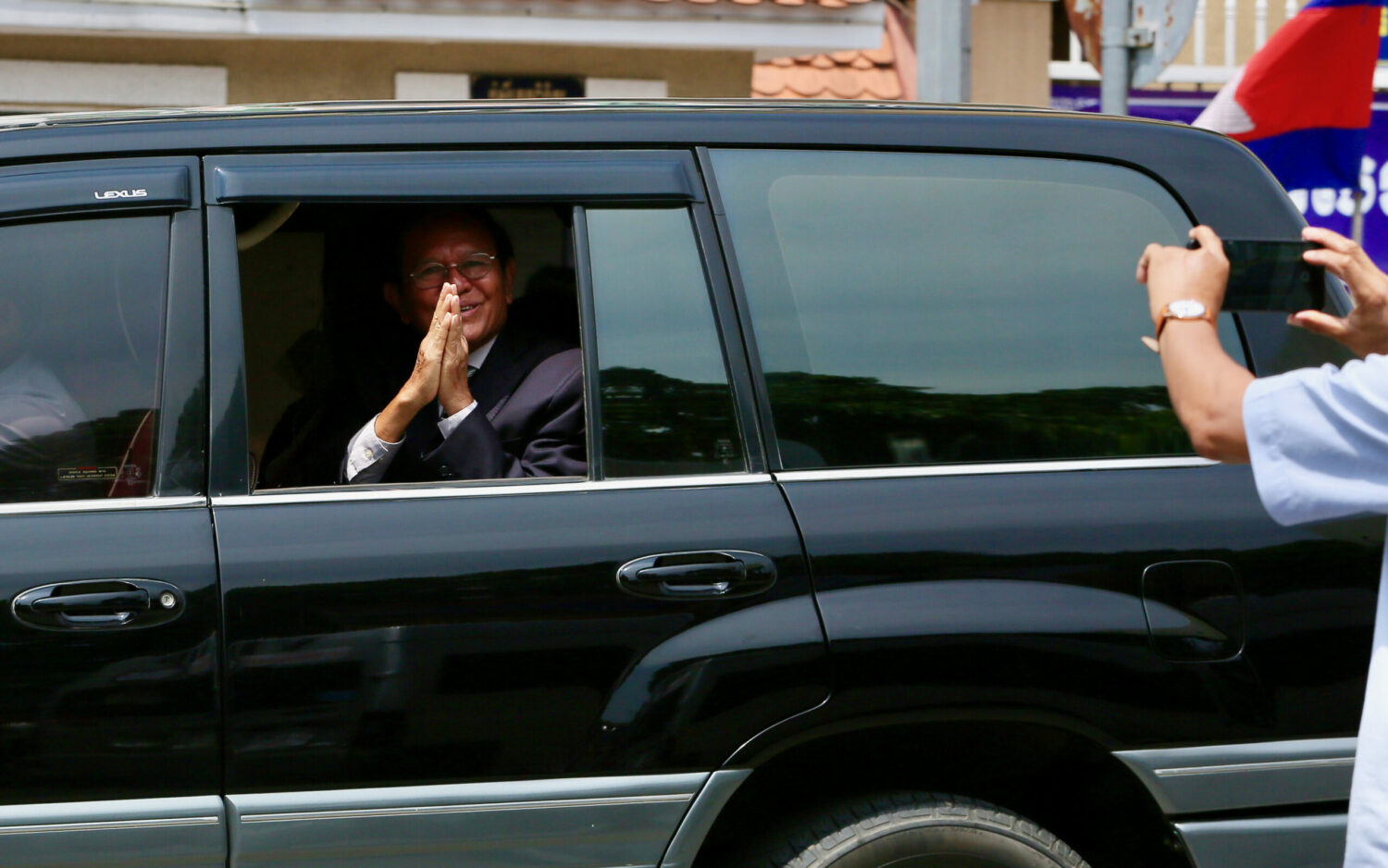 Judges in the Kem Sokha treason trial have agreed to a two-month break before finally heading into closing arguments in the already-prolonged trial against the former CNRP president.

In the last few weeks, the trial has proceeded at a rapid pace with the court holding back-to-back hearings last week to question all witnesses. On Wednesday, the panel of judges agreed to a two-month recess for all parties to prepare their closing statements. The next hearing is set for December 21.

“The penal judges think that in order to give a proper chance to all parties, the court decides to give two months,” said presiding judge Koy Sao.

The prosecution had asked for three months; the plaintiffs, which is the government, wanted two months to prepare; and the defense said they would be ready in two weeks.

Sao also asked all parties to submit a written copy of their statements by October 21, despite an objection from a defense lawyer who said the requirement was unusual.

Kem Sokha is facing treason charges and could face life in prison. The government has accused him of attempting to foment a color revolution to overthrow the elected government with the help of foreign assistance.

His former CNRP colleague Sam Rainsy, meanwhile, was sentenced to life in prison on Wednesday for “ceding territory” to indigenous people.

Sokha was dissatisfied with the announced long delay. “I am not satisfied. It is long and I want it sooner.”

Prosecutor Plang Sophal said the prosecution team, which consisted of 20 people, was busy with other cases because they handled around 7,000 to 8,000 court cases a year.

The defense, prosecution and judges also squabbled and debated whether more witnesses should be called in the trial, with Sokha’s lawyer also pointing out that evidence identification numbers were not consistent.

Hearing this, judge Sao said these issues had been resolved earlier in the trial, but then suggested Sokha sue his own lawyers for failing to represent him well in court.

“The accused has to file a complaint against your defense lawyers. They have to protect you to the best [of their abilities],” the judge said.

Updated at 5:50 p.m. with more reporting from inside court.

Candlelight Removes Statement, Says It Will Likely Apologize to CPP