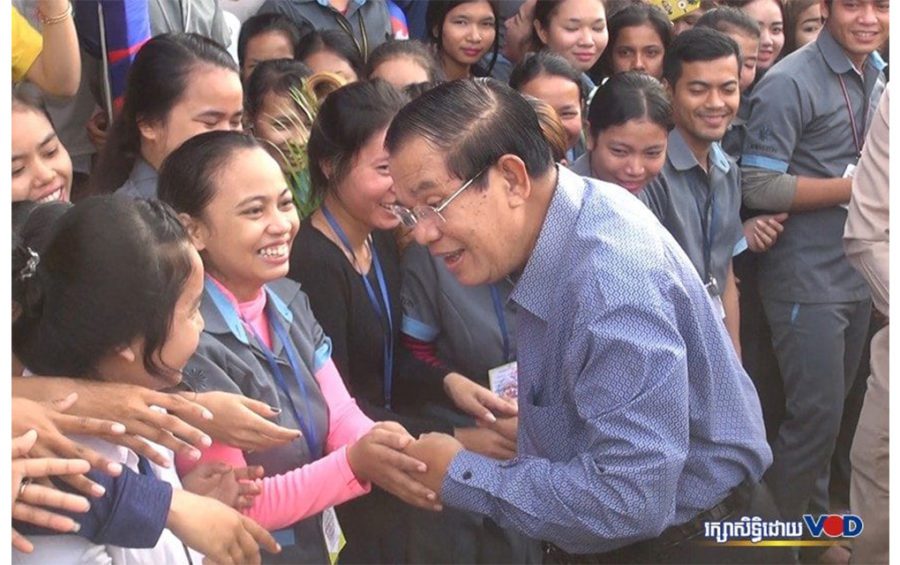 Twenty clothing brands including adidas, Gap, Nike and New Balance appealed to Prime Minister Hun Sen to uphold human rights and prevent the loss of preferential trade with the E.U. and U.S.

In a letter dated May 2, the brands — which all have suppliers in the country — said they were concerned by the E.U. and U.S. reviewing trade benefits “based on the declining respect for labor standards, including freedom of association, and other issues related to the respect for human rights issues in Cambodia.”

Those trade benefits “continue to be an important factor in many companies’ sourcing decisions,” the letter said.

“We are concerned that the labor and human right situation in Cambodia is posing a risk to trade preferences for Cambodia.”

The signatories said the success of Cambodia’s garments sector — which makes up about 74 percent of all exports from the country, and 43 percent of GDP — followed its adoption of high labor standards, including those set by the International Labor Organization.

However, recent overtures to the government to improve the labor situation had received no response, the letter said.

“Many of the signatories to this letter have previously raised these concerns through multiple channels with your government,” it said.

An attached list of suggested reforms from the Fair Labor Association and American Apparel & Footwear Association seeks greater transparency in union registrations, a reversal of restrictions placed on minimum wage research, the dropping of court charges against labor leaders, and an end to the intimidation of civil society groups and their staff.

Labor Ministry spokesman Heng Sour said he welcomed the brands raising their concerns, but the actual labor situation was better than they made it out to be.

“We’ve sent reports to the buyers that address their concerns,” Sour said. “We are optimistic and believe in the buyers’ ethical judgment.”

The May 2 letter followed another on April 4 from the American Apparel & Footwear Association and other U.S. and European industry groups, raising similar issues.

The E.U.’s review of trade benefits under the Everything But Arms (EBA) scheme was started in February due to concerns over the dismantling of the country’s main opposition party and a shrinking space for civil society and independent media. The U.S. has begun a similar process for its Generalized System of Preferences (GSP) trade programs.

Hun Sen, however, has said that he will refuse to capitulate to other countries’ demands for reforms, and that Cambodia will continue its high-growth trajectory even without the trade deals.