CNRP Activist Jailed for 18 Months Over Facebook Criticisms of Officials 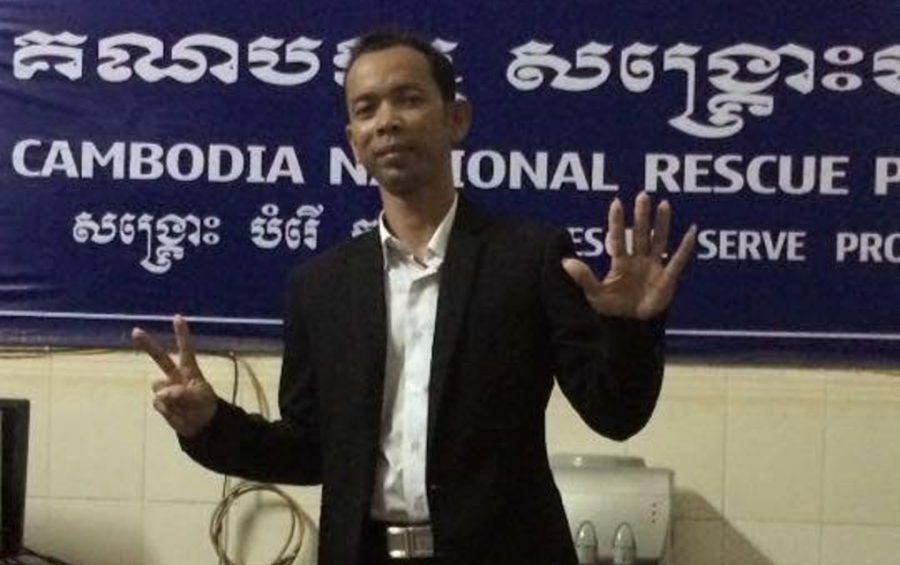 Opposition CNRP activist May Hongsreang in a photo posted to his Facebook page in 2016.

The Phnom Penh Municipal Court on Thursday sentenced opposition activist May Hongsreang to a year and a half in prison for incitement to commit a felony over Facebook posts criticizing government officials.

According to Hongsreang’s lawyer, the former CNRP activist was convicted over posts made about the Preah Sihanouk provincial governor after an under-construction building collapsed in June, killing 28 and injuring 26 others.

The court “focused on the issue of him talking about the Kampong Som provincial governor over the collapse of the Chinese building that caused people to die,” Khy said, using another name for Preah Sihanouk. “He said [the governor] caused people to die but was promoted to a higher-star rank. And this is the point they focused on.”

Two days after the seven-story building collapsed on June 22, governor Yun Min publicly apologized and resigned from his post. Three days after his resignation, Min was made a secretary of state at the Defense Ministry and promoted to the rank of four-star general.

“Why not collapse on the corrupt people instead?” he added.

In a post two days later, Hongsreang repeated his critiques, this time referencing the prime minister.

“Under Hun Sen’s regime, authorities committed wrongdoings causing illegal Chinese construction to collapse on and kill 28 people, and [the governor] was promoted to be a four-star general,” he said.

“Public officials have to accept criticism from all circles to improve or build. If public officials or leaders don’t accept … and take action against people like this, we think that in this society, it would not be a democratic society any longer,” Senkaruna said.

More than 35 CNRP supporters, including activists and former officials, have been arrested and detained this year, mostly on charges related to expressing their support for the promised return of exiled CNRP leader Sam Rainsy next month.

The government has branded Rainsy’s vow to return to Cambodia after about four years abroad as akin to plotting a coup — an allegation Rainsy has rejected.

The CNRP has, however, said they are raising funds to support soldiers who wish to defect, although the party also said their “people-power” movement aimed at forcing Hun Sen’s resignation was nonviolent.