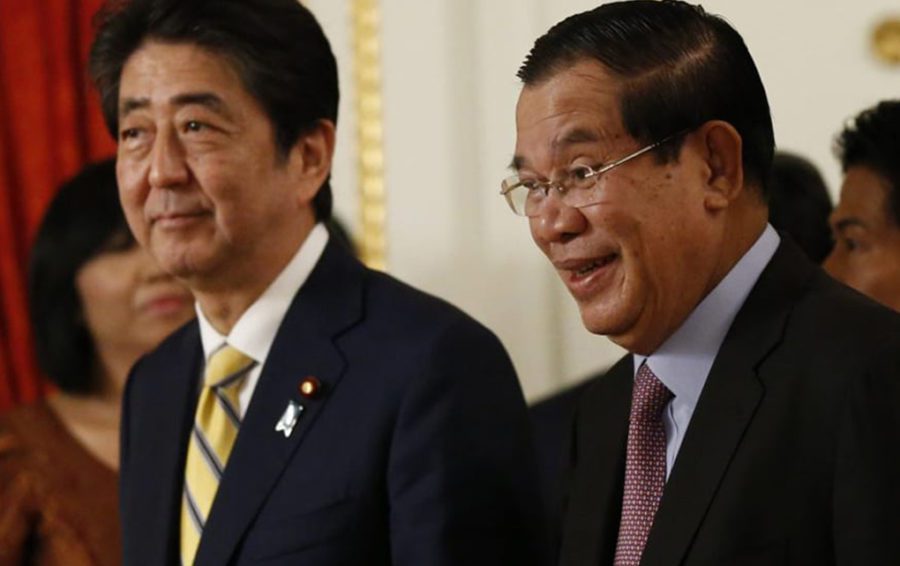 Prime Minister Hun Sen will be met with protests in Tokyo when he attends Nikkei’s 25th International Conference on the Future of Asia from Wednesday to Friday, said activists from the Cambodia National Rescue Party (CNRP).

Hun Sen will attend the conference alongside other senior government delegates and will also meet Japanese Prime Minister Shinzo Abe to sign off on a deal for about 539 million yen (about US$4.9 million) of new grants for Cambodia from Tokyo, according to a May 24 statement from the Ministry of Foreign Affairs.

However, the Japan-based CNRP activist Hay Vanna told VOD that he planned to lead protests of Cambodians living in Japan against Hun Sen’s protest. Vanna said that the prime minister’s government was “illegal” because it was formed after an election last year in which the opposition party was banned from competing.

Protests would be held in front of the hotel where the conference is to take place, as well as the foreign ministry and the Japanese National Diet building, he said.

CPP spokesman Suos Yara said that Hun Sen would not care about the plans for the protests and accused Vanna of being part of an “illegal” group in Tokyo given the CNRP’s forced dissolution by Cambodia’s Supreme Court in November 2017.

“We seem to not have any comments because they are an outlaw group and we also do not think that they even exist because the law already dissolved them, and the people already voted,” Yara said. “We have nothing else to say.”