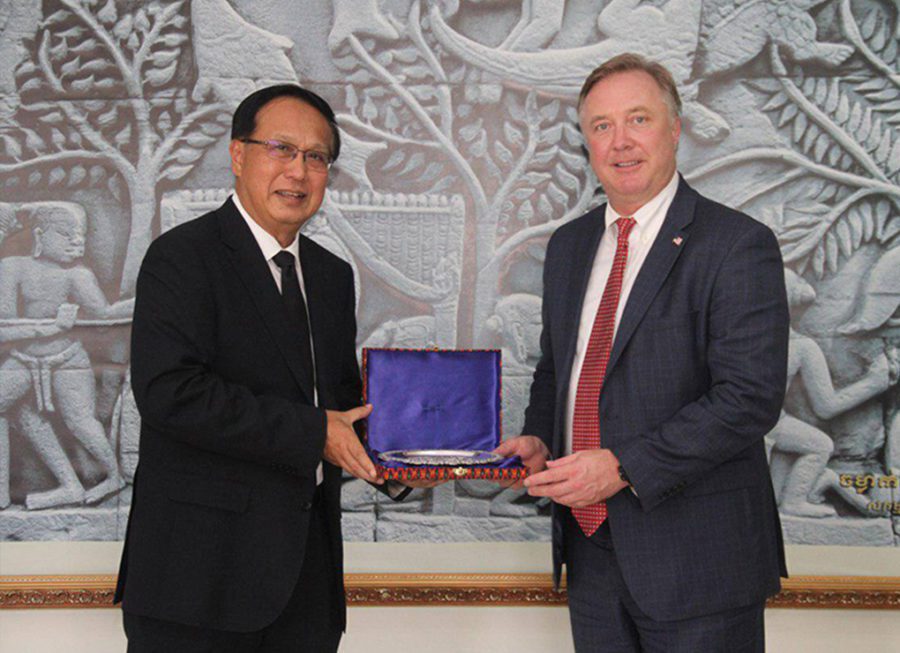 The Commerce Ministry asked a visiting Washington State senator to encourage more U.S. investment to Cambodia, saying there were many opportunities for investors.

Commerce Minister Pan Sorasak told Doug Ericksen, a senator from Washington state who has made repeated visits to the country, during a meeting on Monday that Cambodia had unprocessed natural resources that could be turned into value-added exports by U.S. investment, the Commerce Ministry said in a Facebook post.

“Cambodia is better than other countries in the region,” Sorasak told Ericksen, the post said. “It’s a good opportunity for foreign investment, with investors allowed to operate and control all stock and profit 100 percent, without a local partner. Investors are allowed duty-free imports of heavy machinery for the agriculture sector.”

Ericksen’s trips have raised some questions in the U.S., particularly after a visit at Cambodia’s national election last year. Ericksen praised the vote, in which the ruling Cambodian People’s Party won all 125 Assembly seats on offer, as “incredibly well conducted” even as the White House condemned it as “neither free nor fair.”

Sophal Ear, an expert in political economy, diplomacy and world affairs at Occidental College in the U.S., said American investors were unlikely to be persuaded to invest in Cambodia because of its reputation for corruption.