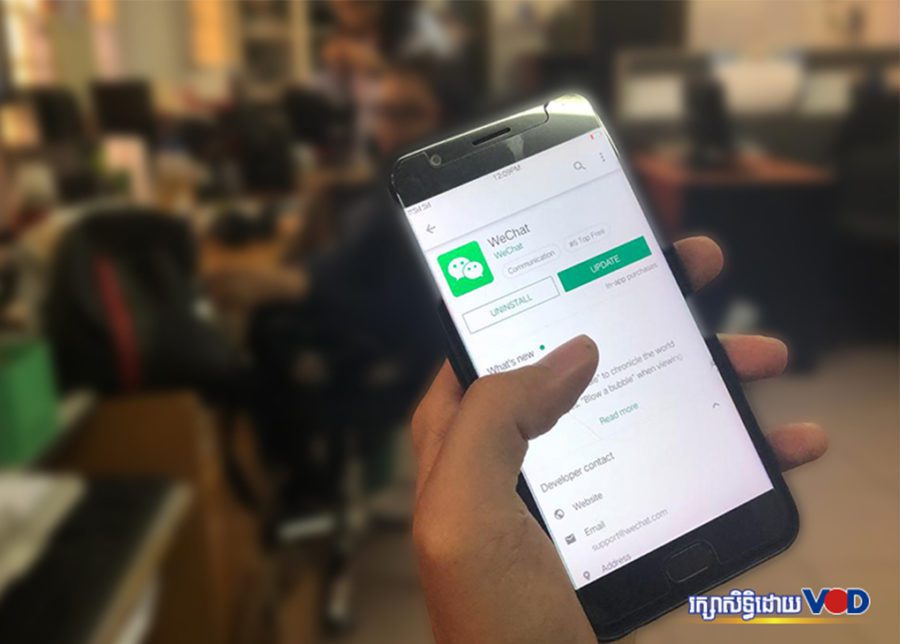 Commerce Minister Pan Sorasak has asked a visiting Chinese delegation to create a Khmer-language version of the popular app WeChat to help promote e-commerce in Cambodia, according to an announcement.

The delegation, from the city of Shenzhen, was led by Tao Yitao, a professor at Shenzhen University and vice secretary of the university’s Communist Party committee. Sorasak told Yitao on Thursday that having WeChat in Khmer would make digital payments available to many Cambodians, the Commerce Ministry said in a Facebook post.

Yitao is also vice president of the Shenzhen International Exchange and Cooperation Foundation, a nonprofit organization.

Commerce Ministry spokesman Long Kem Vichet said Sorasak’s request was only be the start to bringing more e-commerce technologies to Cambodia. The government would make sure to monitor any new services in order to protect people’s rights, Kem Vichet added.

The visiting delegation gave no immediate answer to Sorasak’s request during the Thursday meeting, saying they would have to talk to the developer of the smartphone app, according to the post.

WeChat, developed by Chinese conglomerate Tencent, is said to have more than 1 billion active monthly users, who use the service for messaging, micropayments and more. It was criticized in a 2016 Amnesty International report for passing on user data to the Chinese government.

Sar Mory, vice president of the Cambodian Youth Network, said new e-commerce and social media technologies were welcome and would make it easier to communicate and do business.

But he said there should be measures to protect users’ data and privacy.

“The government and related parties need to guarantee that user data will be safely protected,” Mory said, noting that the Cambodian government had signed onto international treaties that demand such protections.