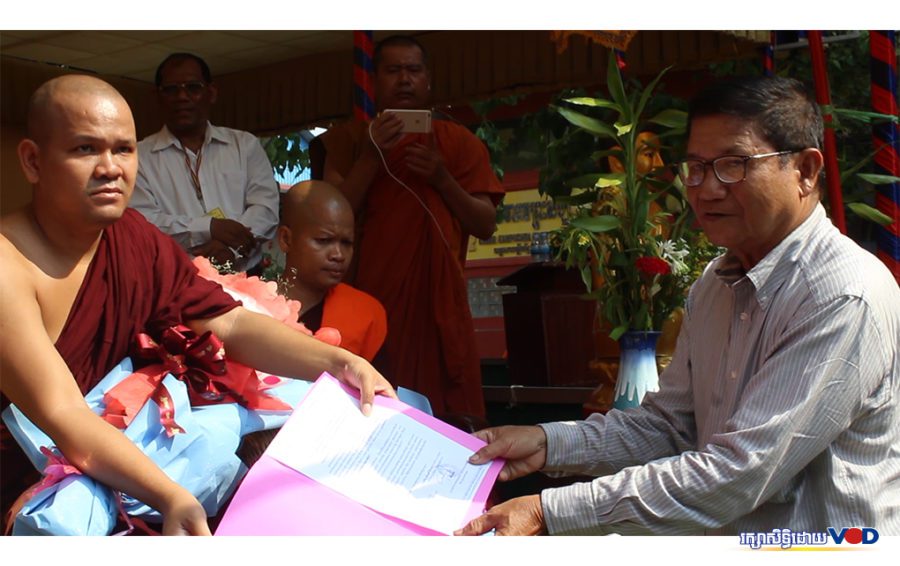 Wat Samakki Raingsey, a Buddhist pagoda in Phnom Penh famous for offering shelter to land dispute victims visiting the city to protest their cases from around the country, has been formally legally recognized 22 years after its founding.

The Ministry of Cults and Religion says it hopes the pagoda’s new legal status will lead to an end to its days of disrupting “social security,” though the pagoda said it will continue to support land protesters if they are genuine victims.

Wat Samakki Raingsey’s monks has long come under fire for supporting land activists and opposition figures, raising fears it would one day be shut down.

In 2014, one of Wat Samakki Raingsey’s monks was defrocked and arrested for protesting peacefully outside Phnom Penh City Hall and the pagoda was then put under police surveillance. A year later, dozens of officers raided the pagoda’s premises, accusing it of being “anti-government.” In 2016, Wat Samakki Raingsey’s monks were even forced, under threat from authorities, for the first time to turn away protesters hoping to seek shelter for the night there.

On Sunday, at a ceremony attended by municipal officials, the pagoda was finally initiated into the realm of earthly legitimacy — with approval coming from an April 4 letter issued by the Ministry of Cults and Religion and signed by the minister, Him Chhem, as well Am Lim Heng, one of Cambodia’s top monks.

The ministry letter also recognized the pagoda’s chief monk and its leadership hierarchy and provided an official stamp authorized by the Interior Ministry.

Wat Samakki Raingsey’s chief monk, Thach Ha Sam Ang, said it had taken four generations of leaders presiding over an unauthorized pagoda before they were finally able to gain legitimacy in the eyes of the Cambodian government.

“The first, second and third chief monks all tried to attain legal status by seeking to register the pagoda with the Ministry of Cults and Religion, receive an official stamp, and have the chief monk legally appointed,” Ha Sam Ang said.

The recognition after more than 20 years came as a relief for the monks, he said, with many still afraid of being targeted as dissidents for living there. Ha Sam Ang was himself served a court summons in 2016 over a defamation complaint from an unnamed plaintiff — a case he said at the time was an attempt at intimidation.

The pagoda was founded in 1997 by ethnic Khmer Krom monks, who trace their heritage to the area of modern-day Southern Vietnam known by Cambodians as “Kampuchea Krom,” which many scholars say was lost to Vietnamese lords over the centuries and eventually colonised by the French, though Cambodian nationalists disagree. Khmer Krom living in Southern Vietnam say they still face severe repression, including of their language and religion.

From its early days, Wat Samakki Raingsey’s monks championed the cause of Kampuchea Krom, giving the pagoda its activist roots as well as independence from Cambodia’s traditional Buddhist hierarchy that formally demanded political detachment, even as its top leaders maintained close links to the government.

Ha Sam Ang, who has been chief monk since 2015, said the makeup of the 60 resident monks in the Meanchey district pagoda still remained 80 percent Khmer Krom. Wat Samakki Raingsey’s legitimacy in the eyes of the government would help it more actively advocate for the rights of the Khmer Krom, he added.

“Monks from everywhere, both from Kampuchea Krom and Cambodia, can stay and practice Buddhism happily, without feeling constricted and without the fear of being arrested and sent to jail one day or being forced out of the pagoda,” Ha Sam Ang said. “There will be no fear, and we are happy.”

Ministry of Cults and Religions spokesman Seng Somony said the 22-year delay in recognizing Wat Samakki Raingsey was not related to politics but rather the result of a land dispute involving the pagoda’s property finally being resolved.

A complex dispute traced back to 1992 has bounced around Cambodian courts for years. Almost 450 families have denied a company’s claim to have purchased 17 hectares in the area three decades ago — while some of the families and Wat Samakki Raingsey say they acquired the land from the previous owners.

However, Ha Sam Ang said he was unaware that the dispute had ever been settled and explained that the case was still in the court system, as far as he knew.

“This recognition is for the religious freedom that is guaranteed by the state and to make sure the conditions there do not cause an impact on social security,” Somony said, stressing the pagoda should make sure it does not break the law.

“This has to be guaranteed,” he said.

Friendship of Khmer Kampuchea Krom Association director Bun Mony, who also sits on Wat Samakki Raingsey’s board of administrators, said that he hoped the formal legal recognition would mark a new chapter in the pagoda’s history.

“The great family of Khmer Krom are very happy for the government’s generosity and forgiveness to give legitimacy to Wat Samakki Raingsey in order to perform activities in support of Buddhism,” Mony said.

Still, he added that Samakki Raingsey would always continue to provide shelter to land protesters. It was a humanitarian act to help genuine victims, he said. 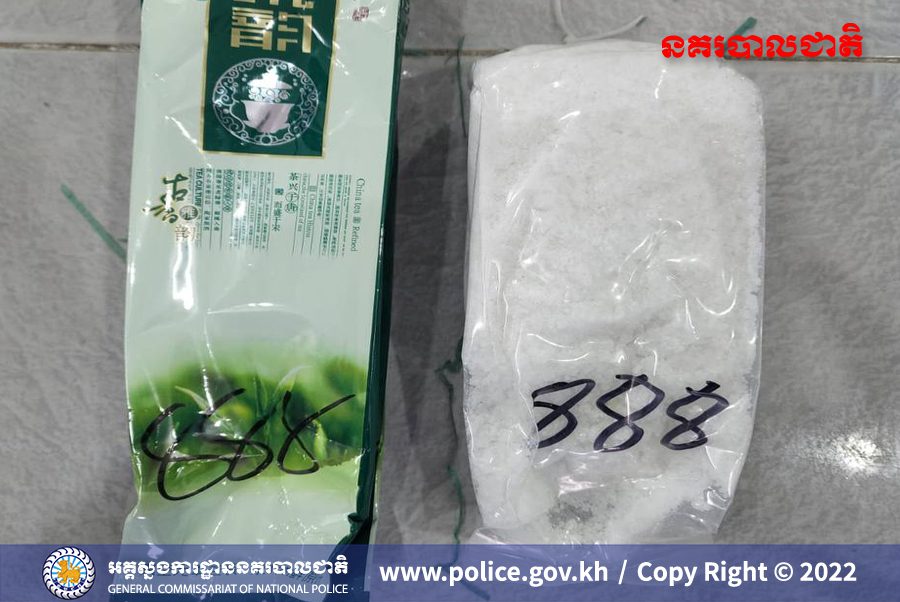