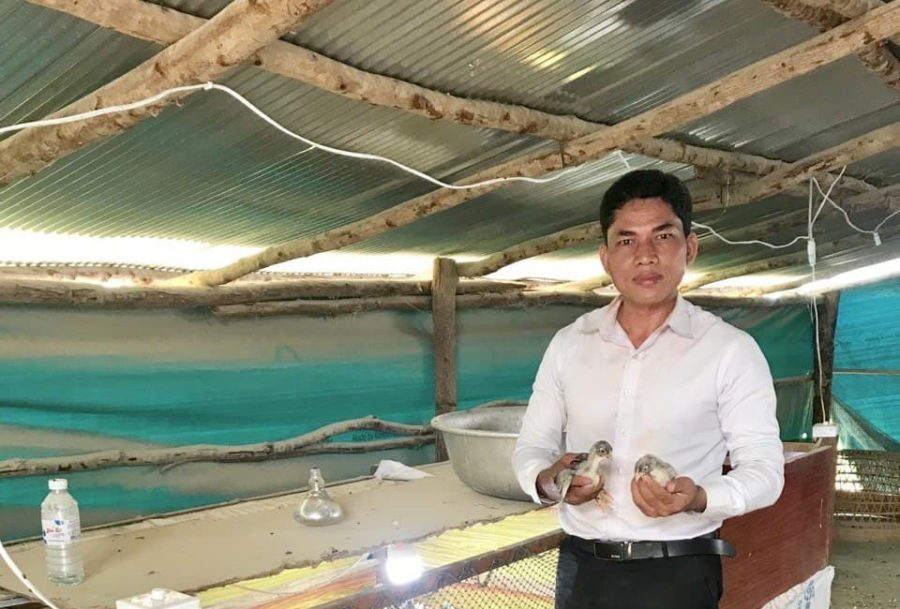 Ny Nak, 41, posted a satirical comment to his public Facebook account IMan-KH saying he would considering putting his chicken coop in a state of emergency on December 7, 2020.

A Phnom Penh man has been jailed for public insult and incitement for a social media post about preparing letters and documents so he can put his chicken coop in a state of emergency.

The post mimicked Prime Minister Hun Sen’s speeches saying he has a state of emergency law in hand in case a Covid-19 outbreak spirals out of control.

Ny Nak, 41, was placed in pretrial detention on Saturday over the charges, according to a Phnom Penh Municipal Court document.

“This is your outsider judgement,” Malin said when asked if it was only a joke. “Authorities and the prosecutors have grounds to specify that this is a crime and this is not an expression of a viewpoint. It is based on the ill-intention of the perpetrator in the past and recent actions that led to the charge.”

Nak was also summoned in March over a social media post about the public debt, and publicly apologized.

“I have prepared a letter and documents to request putting my chicken coop in a state of emergency. The reason is that the flu virus is spreading on the farm. I didn’t want it to reach this point, because it will seriously damage the economy of the chickens. I hope all the chickens will be able to wear masks and sleep in cages, and do not go out if it is not needed,” the post says.

In Preah Vihear province, a 17-year-old was summoned by Rovieng district police after falsely posting that people in the district had Covid-19, and people who had gone to eat banh xeo were taken away and quarantined.

“After the authorities’ education, I will try to improve myself to be a good citizen and stop posting on Facebook the news that poisons the real news and impacts the reputations of other people,” the girl said in her video apology. District police posted the video online, and said officers had responded to a complaint from the banh xeo restaurant.

In the second case, Phnom Penh cosmetics seller Chhin Montha falsely posted online that a city market had closed because a mobile phone seller died of Covid-19. The woman said in her apology that she had received the information from a friend via message, and promised to stop sharing information without clear sources.