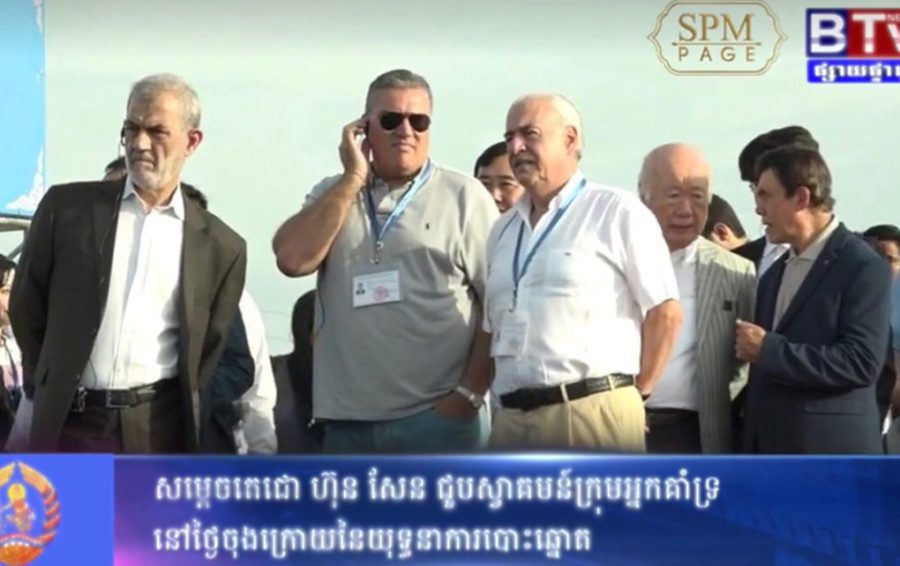 The European Union (E.U.) on February 11 began a process to review Cambodia’s continued eligibility for the “Everything But Arms” (EBA) trade program, which offers poorer countries tariff-free access to its lucrative single market in exchange for promises from governments to respect human rights and democratic processes.

“We, the members of the Centrist Democrats International (IDC-CDI), urge the European Union (EU) to treat Cambodia fairly with regards to the Everything-But-Arms (EBA) scheme. Cambodia, as a post-conflict and least-developed country, has benefitted from such trade preferential treatment,” the April 10 statement said.

The IDC-CDI said Hun Sen had done much for the “expansion of political and economic development, labor rights as well as freedom space in Cambodia.”

“We suggest the EU act accordingly with regards to the decision on whether to remove the EBA from Cambodia. Cambodians have suffered enough; they deserve to live in peace, with prosperity and happiness,” the statement said.

The E.U. is the destination for about 40 percent of Cambodia’s annual exports, which last year totaled $11.2 billion. Most exports come from the garment industry, which employs hundreds of thousands of young Cambodians but has tight profit margins.

The ruling Cambodian People’s Party (CPP) has served as a “vice president” of the IDC-CDI since June 2018. Pastrana, the leader of the group, appeared on stage at Hun Sen’s final campaign rally at Phnom Penh’s Koh Pich island for the July 2018 national election, which the CPP won 125 out of the 125 available seats two days later.

At the rally, Hun Sen defended banning his primary rival, the opposition Cambodia National Rescue Party (CNRP), ahead of the ballot and labeled those who would thus boycott the vote as “traitors.”

Pastrana also served as a monitor on voting day, even though the E.U. itself refused to send monitors because it characterized the ballot as already compromised.

After the election, the former Colombian president told Spanish news agency EFE he believed the election was legitimate even despite the absence of the banned opposition and the fact the government won all 125 National Assembly seats.

“Cambodia is a young democracy, and there are imperfections in all democracies … one has see the history of this country in its context,” Pastrana said at the time.

The U.N. helped reintroduce democracy to Cambodia by organizing the May 1993 elections, which were won by a rival party to the CPP that was forced to enter a coalition with Hun Sen’s party. Then four years later, military forces loyal to Hun Sen ousted the winner of that election, Prince Norodom Ranariddh, over two days of bloody fighting in Phnom Penh. Hun Sen then won the July 1998 election.

However, never since the U.N.-run 1993 vote had Hun Sen, who has been in power since 1985, banned a party from competing with his long-ruling CPP or jailed the country’s opposition leader. The actions of his government prior to last year’s national election sparked heightened concerns among Cambodia’s democratic trade partners.

European officials have warned that unless tangible changes are made to recent laws restricting the space of civil society, labor unions, freedom of expression and political activities, Cambodia’s participation in the EBA could be suspended. The present evaluation process it began in February is due to run for six months.

The U.S., which buys about a further 20 percent of Cambodian exports, has made similar warnings that it will rescind tariff-free preferential access to its markets unless the human rights and democratic environment in Cambodia improves soon.

The U.S. and E.U. began their warnings of possible cancellations of trade privileges to Cambodia following the 2017 spate of severe political repression. The period included the forced dissolution of the opposition CNRP, the arrest and jailing of opposition leader Kem Sokha — who remains under house arrest — as well as arrests of journalists and the closing down of independent media outlets.

It followed a period of two years that involved the introduction of controversial new laws that restrict labor union activities, allow the government to close civil society organizations at will and shutter political parties it deems threats to the “national interest.”

Hun Sen has said he has no interest in complying with E.U. demands, even as business groups have expressed worries about the potential loss of the EBA.