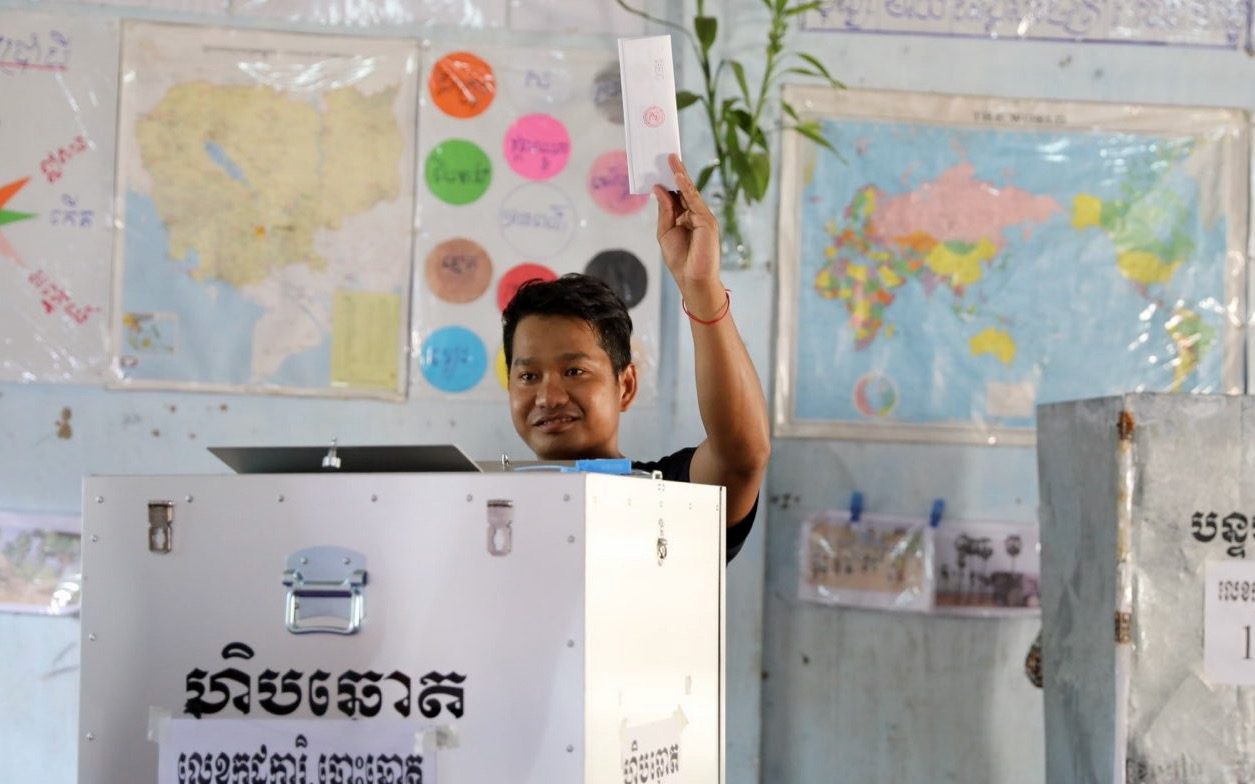 The CPP has won all but one commune so far, the exception being Kraya in Kampong Thom, taken by Candlelight.

In a statement issued in the morning, the Candlelight Party said it did not consider Sunday’s election to have been free and fair, and that results did not reflect the will of the Cambodian people.

Chao Ratanak, one of the Candlelight Party’s prominent candidates in Banteay Meanchey, said Sunday’s result was a jarring turn compared to five years ago.

“We previously won against the ruling party eight [seats] to three in 2017, so we’ve seen strong support for ‘change’ since the beginning, and I can’t accept it because it completely overturned,” Ratanak said, adding that she would file a complaint not accepting the result.

Kung Raiya, a well-known activist who was jailed for calling for a “color revolution” in 2015, said he had only won around 755 out of 3,500 votes for Candlelight in his commune of Sdao, in Kampong Cham’s Kang Meas district.

Authorities are associated with the ruling party, and “when people came to vote and saw them, they must have felt under pressure,” Raiya said, arguing the surveillance amounted to an irregularity.

“I believe that if the opposition party dared to do like the candidates from the ruling party or village chief did, they might face a complaint,” he said.

Some other opposition candidates, formerly responsive to media queries, could no longer be reached since the CPP-dominant results began to emerge. Reporters have not been able to reach Sin Rozeth, Candlelight candidate in Battambang’s O’Char commune, nor her husband Eng Rattanak — the 30-year-old son of former CNRP vice president Eng Chhai Eang — since late Sunday.

“We are very disappointed with the result,” Chanrath said. He said he hadn’t had enough time to put up a fight. “We prepared and organized in very little time.”

By contrast, ruling-party officials expressed gratitude and pride over what they cast as the people’s endorsement of the CPP’s work.

Hun Many, the prime minister’s son, said in a post online that CPP officials should redouble their efforts to develop the country and protect peace in the wake of the results.

Koh Kong governor Mithona Phouthorng said in a post: “It is clear that the people, grandfathers and grandmothers understand the importance of going to vote to elect their leaders in the commune freely, correctly, fairly and transparently to ensure peace in our daily lives and support the democratic process, along with development in local areas.”