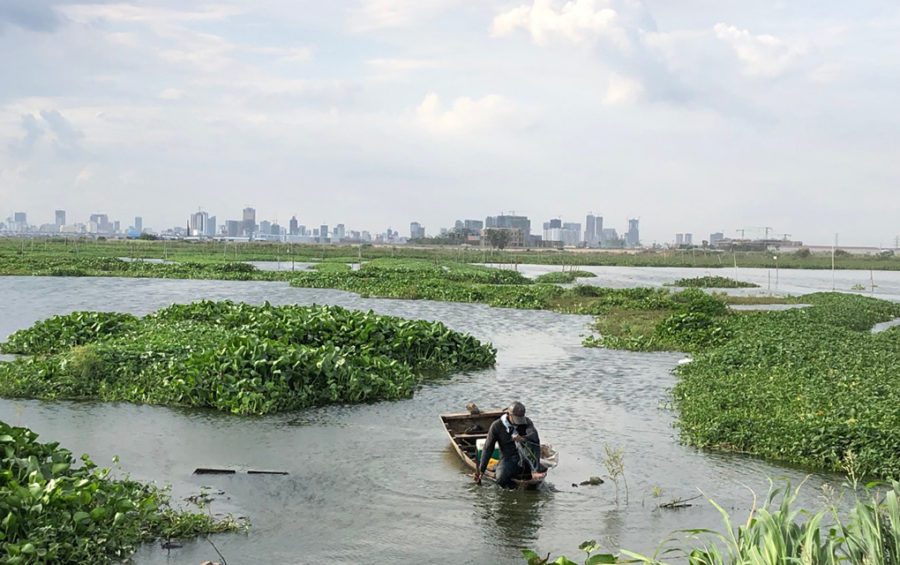 A fisherman paddles his boat on Tompun Lake to collect fish on June 26, 2020. (Seav Meng/VOD)

Vegetable growers on Boeng Tompun lake along Phnom Penh’s southern Hun Sen Blvd. found a dead body in the water that police believe was brought from the Toul Tom Poung area and dumped.

Su Sarom, Meanchey district’s Chak Angre Krom commune police chief, said the corpse was identified as that of a Chinese national. It was found by vegetable growers on Monday, and police have since found it was likely brought from Chamkarmon district’s Toul Tom Poung II commune.

“Chinese people dumped the body here,” Sarom said, but told VOD he did not have further details.

Chamkarmon district military police chief Phuong Sopheak said authorities had already been searching for a body believed to have been taken away from Toul Tom Poung. “We were seeking the body for one or two days but we could not find it,” he said. “We’ve just found it.”

A local news outlet, Pormean Tun Hetkarh, reported that the body was first found on the ground at the side of a building on Street 167 at 2:30 a.m. Sunday, but was taken away by car by a group of Chinese and Cambodian bodyguards.