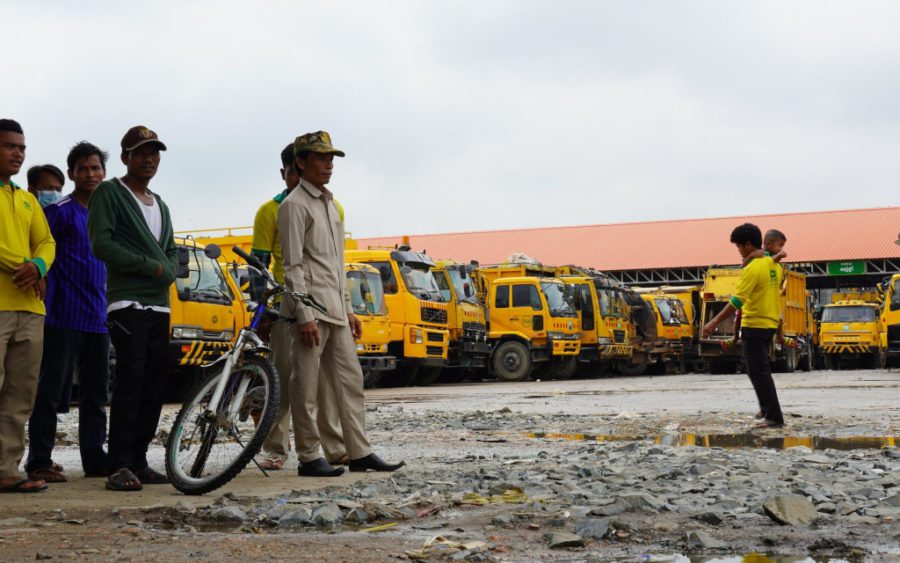 About 2,000 Cintri workers went on strike last year demanding that they have seniority payments and other bonuses paid out before the transition. In an agreement signed on October 7, City Hall also promised that all current Cintri workers would keep their jobs despite the split.

But union representative Kao Sokwat said on Thursday that the new companies had not recruited all workers from Cintri.

“For those two companies, they violated samdech’s recommendation as well as Phnom Penh City Hall’s order not to lose the workers,” Sokwat said, referring to Prime Minister Hun Sen.

Workers had already submitted a complaint to City Hall on Monday, but had yet to receive a response. Workers would strike or protest if there wasn’t a solution, he said.

He added in the evening that 1,176 workers had their jobs terminated by Cintri, but this included many who got jobs at the two new companies, and he did not know how many were jobless.

Seang Samuth Meas, an assistant Cambodia office representative at Mizuda, said the agreement to ensure that workers do not lose their jobs was made between the city administration and Cintri workers.

Mizuda recruited workers based on the documents submitted by each applicant, he said.

About 80 percent of more than 500 workers needed by his company were former Cintri workers, he said.

That would leave about 100 workers hired from outside the Cintri workforce.

He said it was up to Cintri workers to apply, as they were working full-time and Mizuda could not go and seek them out.

“So I just had to recruit normally. Anyone who volunteered to come to our company, [we] would have accepted. But now our company has already selected enough. Some are from that side, some are from outside. They’re combined,” Samuth Meas said.

A project director for 800 Super declined to be interviewed by phone and did not respond to email inquiries on Thursday.

The government took over Cintri’s operations in 2019 due to years of complaints of poor service. Hun Sen pledged to streamline the city’s garbage collection by taking bids from multiple companies.

City Hall’s October 7 agreement with 2,150 workers said their contracts with Cintri would be terminated in accordance with the law and they would not lose their jobs in the transition to new companies. The deal came after days of strikes by the city’s garbage collectors, leading to a pile-up of trash on the streets.