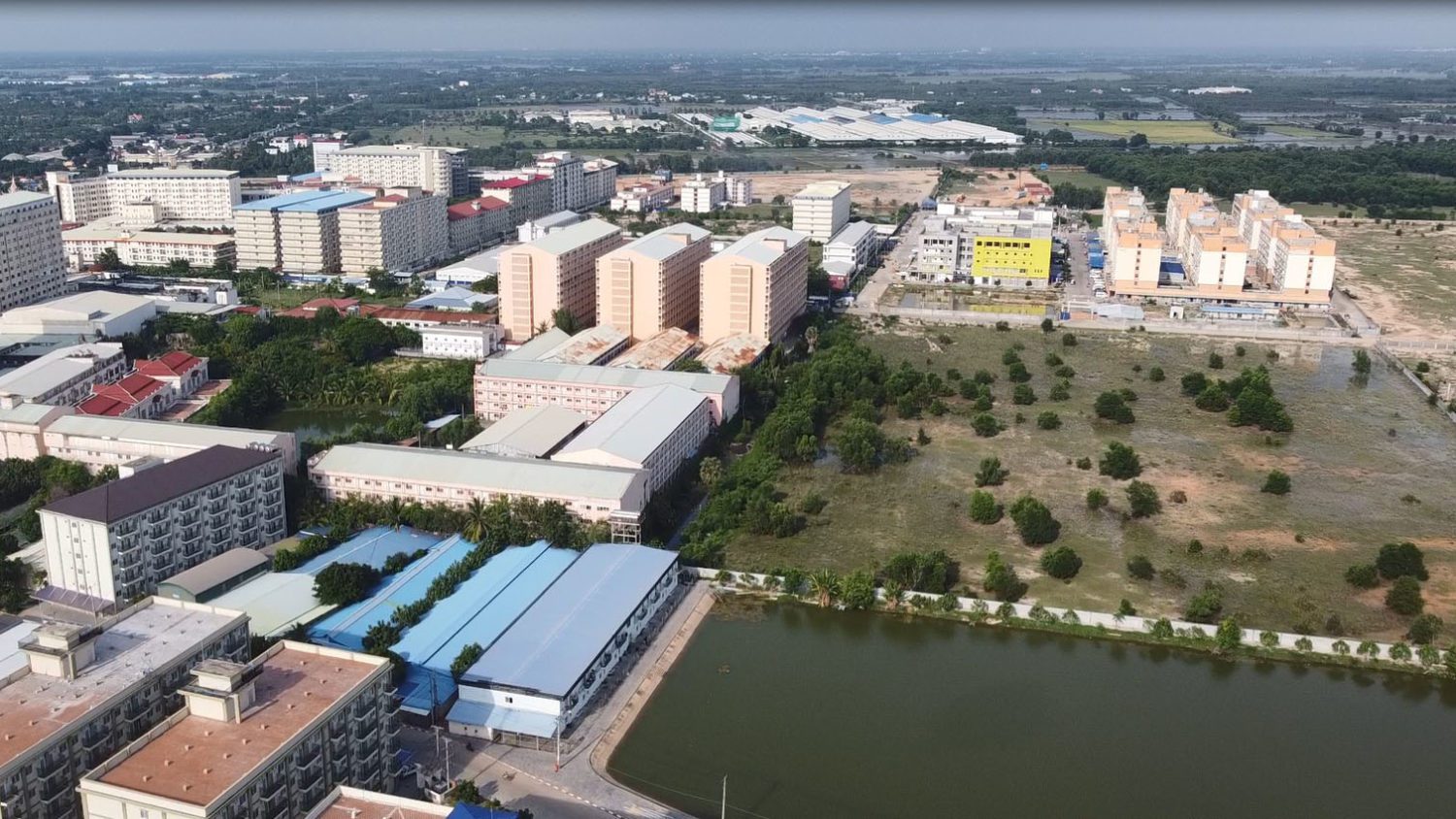 The Heng He casino complex, or “Heng Heng” as it’s called in Khmer, in the top right corner, seen from a drone in Bavet City on May 7, 2022. (Danielle Keeton-Olsen/VOD)

A Vietnamese man died at a Bavet casino run by a Hun To associate, while 22 Indonesians were rescued from a few locations around the border town, police said.

The Heng He casino, written in Khmer signage as Heng Heng, was the site of a man who died by hanging on Friday after just one day working there, said city police chief Em Sovannarith.

The man was 28-year-old Vietnamese national Tran Van Ban, Sovannarith said, adding that he had been showing signs of mental instability and is believed to have killed himself.

The police chief said he didn’t know what job Ban had been doing. “Such a thing has never occurred and this is the first case,” Sovannarith said. Last month, a man died falling from a ruling-party senator’s Bavet casino.

Bavet commune police deputy Puthea Nuthseth said police did not have access to Heng He. “This location, I have never entered there because it is very difficult to go in and out,” Nuthseth said.

Deputy commune chief Kao Saran added: “We don’t know how many people live inside there, and they have never been friendly with us.”

Meanwhile, Sovannarith, the city police chief, said 22 Indonesian nationals had been rescued this month from their workplaces around Bavet.

“The province came to conduct the rescue,” he said. “It is two or three locations where they had come to work.”

Keo Vanthan, spokesperson for the Interior Ministry’s immigration department, said the rescues happened on June 2, and when asked why they needed rescuing to leave, he called the situation a “labor dispute.”

“When there is a request that they have been detained illegally — sometimes they have a labor dispute, they are promised a high salary but the person receives only a small salary, and do not have freedom so they file a complaint — this is called a labor dispute,” Vanthan said. “We check whether they came across the border illegally. … They have to do it properly and have a visa and validated passport and have work documents. We do not punish them.”