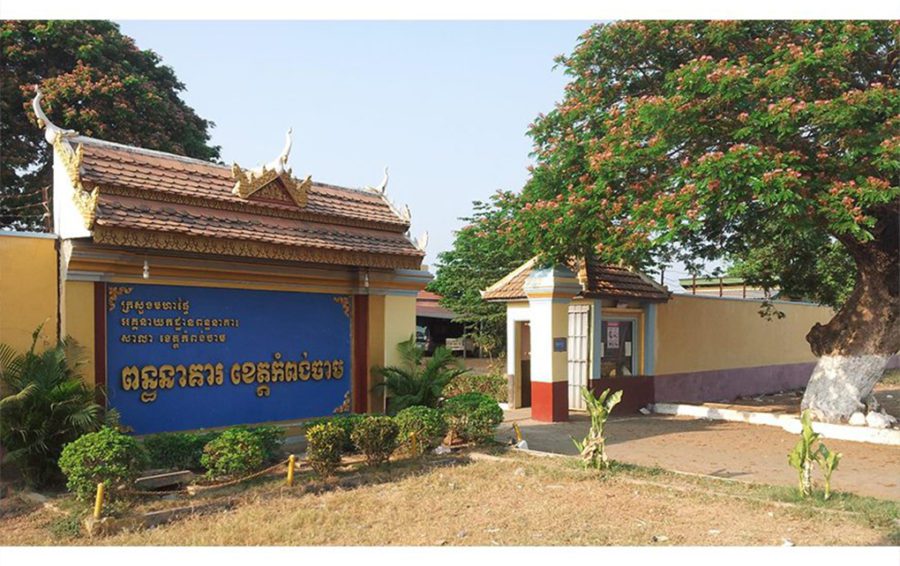 Rights groups have called for an independent investigation into the death of a Kompong Cham inmate who died just three days after his arrest and whose body was returned to his family covered in bruises and with an apparent broken neck.

Provincial police say the man fell over due to withdrawals from alcohol while in police custody, and died from the injuries the following day at the provincial prison.

His family, however, suspects foul play, and local organizations say the marks on the corpse appear to contradict the police report.

Eam Tith, a former official of the dissolved opposition Cambodia National Rescue Party, said police arrested his son on April 15 in relation to an intentional violence case due to drunken behavior at a party more than 10 years ago.

Tith Rorn, 37, had fled the province after being charged for the alleged crime, and returned to the family home in Stung Trang district’s Toul Preah Khlaing commune a year ago, Tith told VOD on Tuesday.

On April 18, just three days after the arrest, prison officers contacted the family to collect Rorn’s corpse, he said.

The body had bruises on the back, shoulders and under the armpit; a cut across the right eyebrow; and a broken neck, Tith said.

“His neck was broken and his body was all soft. He was bruised and soft,” he said. “There was nothing [of the sort] before. He had no illness — no illness. Every day, he just had a drink with his brothers and sisters and went fishing.”

Hun Khim, the director of the provincial prison, confirmed on Tuesday that Rorn had died in prison but said he did not know the cause of death. Rorn already had bruises when he arrived at the prison, and died on the second day of his incarceration, Khim said.

He denied that his prison officers had beat Rorn.

“I am sure, because he had bruises from the outside,” he said. “We helped but not in time. He died so fast.”

Provincial police released a report on Wednesday saying Rorn fell over going to the bathroom on April 17 while in custody at police headquarters.

It cites testimony from a fellow detainee that Rorn smelled of alcohol and appeared to be an addict, with shaking hands and swollen face and arms.

He was an alcoholic who drank “half a liter” every day, the report claims.

However, Am Sam Ath, monitoring manager at Licadho, said the bruises and other injuries on Rorn’s corpse suggested he may have been tortured under police questioning.

For the sake of transparency and justice for the family and victim, the government should create an independent commission to investigate the case, Sam Ath said.

He added that Kompong Cham Provincial Police should not be investigating its own potential misconduct.

“If we talk about trust and confidence, there is nothing to trust,” he said. “There needs to be a national commission — an independent commission — to investigate.”

Leng Seng Han, a monitor at rights group Adhoc’s provincial office, also said on Tuesday, before the report was released, that the circumstances of the death pointed to potential crimes committed by police.

A 2018 report from the Interior Ministry’s department of prisons says 100 detainees died in prison in 2017 out of 28,400 total prisoners. The report does not detail causes of death but claims most were due to prior illnesses or drugs.

However, criminal suspects have repeatedly testified in Cambodian courts of having been beaten by police and prison officers while being forced to confess. Rights groups say prisoners and police suspects have died due to such questioning.

(Translated and edited from the original article on VOD Khmer. Updated with additional information on May 1 and 2.)