‘Defining Moment’ for Climate Change: Coverage Ahead of UN Summit 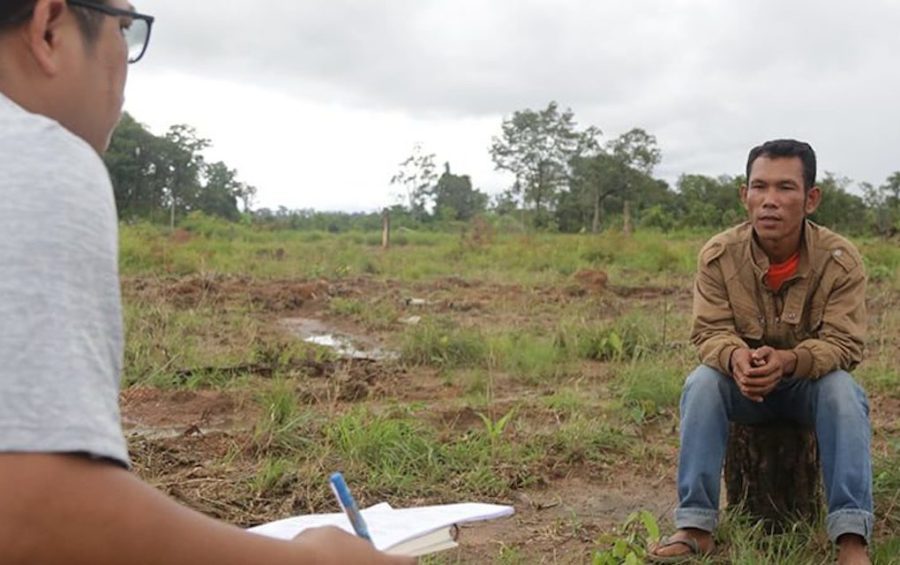 A VOD journalist speaks to an interviewee in Ratanakiri province in 2018.

In a week, world leaders will gather in New York for the U.N.’s Climate Action Summit aiming to “set radical change in motion” and agree on a plan to reduce net emissions to zero by 2050.

Patricia Espinosa, the U.N.’s executive secretary for climate change, calls the issue an “existential threat” and “the greatest challenge facing this generation” in the agency’s latest report.

In Cambodia, climate change is forecast to cause more flooding, drought and storms, leading to damage to coastal areas and the deterioration of natural resources, according to a Finance Ministry report issued in May last year.

As agriculture and fisheries become less productive, and roads, water supply and other infrastructure are damaged from extreme weather events, the country’s GDP is expected to take a hit of 10 percent by 2050, the report says.

And because so many people are dependent on farming, the U.N. considers Cambodia to be one of the most vulnerable countries in the world to climate change.

Around the world, activists have planned two “climate strikes” in an attempt to draw attention to the issue and pressure policymakers to act. Participants will walk out of work or school this Friday, September 20, and again a week later on September 27.

Organizers are encouraging local communities around the world to host their own strikes to raise awareness.

This week, VOD will also participate in “Covering Climate Now,” an international media campaign to more thoroughly discuss climate change issues in the week leading up to the U.N. summit.

VOD articles will explore the struggles already being caused by changing weather patterns around the country, while shared content from international publications will detail how much is at stake at the U.N. summit following decades of governmental inaction.

Though the country’s contribution to carbon emissions is still relatively small — the footprint of a one-way flight from regional hub Bangkok to Sydney, San Francisco or Paris already exceeds Cambodia’s average per capita emissions by about double — experts say there are individual actions that can make a small difference.

According to a 2017 Environmental Research Letters report, the most effective changes people can make in their lives are having fewer children, not driving cars, flying less and eating less meat, with the benefits of avoiding one round-trip trans-Atlantic flight equivalent to about two years of going vegetarian.

For the U.N., however, what’s needed is concerted action.

“There is still time to tackle climate change, but it will require an unprecedented effort from all sectors of society,” it says.