Dengue Cases Drop in First Half of 2020 Following Cyclical Peak 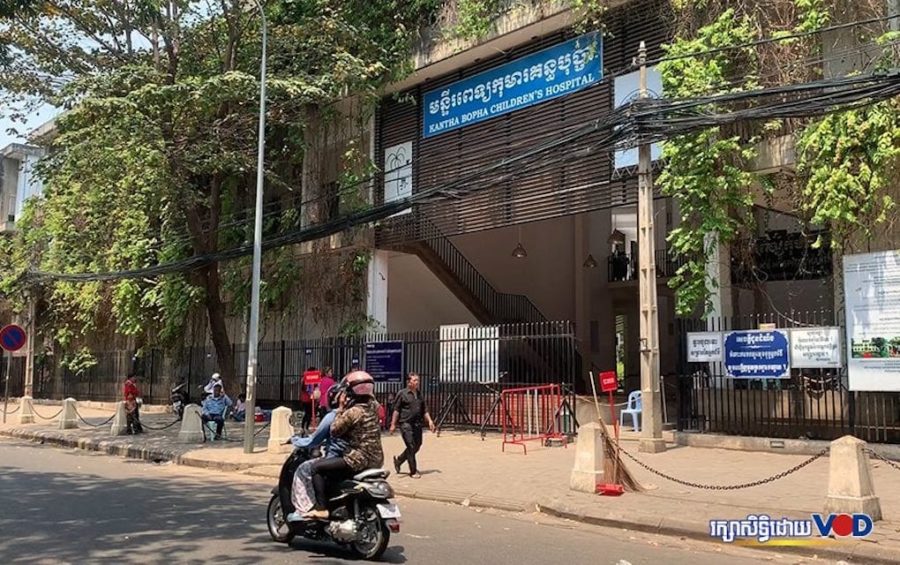 The Health Ministry reported a sharp decline in dengue and malaria cases in the first six months of the year compared to the same period in 2019, with health professionals attributing the relative drop in dengue cases to a lull following a cyclical peak last year.

In a statement released on Wednesday, the ministry said it counted more than 3,300 cases of dengue fever — a mosquito-borne illness that causes a high fever and symptoms including muscle pain, headache, nausea, vomiting and a rash — from January to June, marking an 88 percent decline in cases from the same period last year. The country has recorded only four dengue-related deaths so far this year, down from 32 reported in the first six months of 2019.

“Dengue conditions in Cambodia are normal, under the good control of anti-dengue programming across the country, with intervention and full cooperation from related partners and people,” the ministry said in the statement.

In another statement from Wednesday, the Health Ministry said it identified some 4,500 cases of malaria, another mosquito-borne illness, in the first six months of the year, a 70 percent decrease from the nearly 15,200 cases in the same period last year. The ministry noted an 80 percent decrease in the most severe form of malaria — caused by the parasite Plasmodium falciparum — with less than 400 cases recorded so far this year.

While malaria cases declined, the statement added that there were still sporadic cases coming from forested and mountainous regions in Kampong Speu, Mondulkiri, Ratanakiri, Pursat and Stung Treng provinces.

Huy Rekol, director of the National Center for Parasitology, Entomology and Malaria Control, did not respond to questions sent by VOD on Thursday.

Dr. Denis Laurent, director general of the Kantha Bopha Foundation, which funds the nation’s Kantha Bopha Children’s Hospitals, said in an email that dengue cases in Cambodia swell every four to six years, and last year was one of the biggest epidemics the country had seen since 2003.

The Health Ministry reported more than 28,000 dengue cases in the first half of 2019.

Dr. Ky Santy, director of the Kantha Bopha hospitals in Phnom Penh, said the hospital system admitted 1,364 children with dengue fever in the first six months of this year — 10 times less than the 14,423 dengue patients the pediatric hospitals admitted in the same period last year.

Santy said he did not expect the number of dengue cases to increase during the rest of the year. The doctor said it was not a peak year for the illness, adding that Cambodian families were becoming more aware of hygienic practices and disease prevention practices.

“I think [the number of dengue cases] will not increase but we need to wait and see three months more,” Santy told VOD, noting that the rainy season, when mosquitoes thrive, ended in October.

National Pediatric Hospital director Nhib Angkearbos said he had also noticed a decline in the number of children admitted for dengue treatment so far this year.

Angkearbos said dengue cases generally rise in the second half of the year because carrier mosquitos breed more in the rainy season, between May and October.

Both Angkearbos and the Kantha Bopha directors also said that their hospitals had generally seen fewer daily patients as a result of the Covid-19 pandemic compared to last year.

Santy, of Kantha Bopha, said the hospital saw an average of 1,000 children per day in the first six months of the year, or about half the 2,000 to 2,500 children who were treated on average per day last year.

Laurent said he doubted that fear of the coronavirus had much effect on the number of dengue cases reported this year.

“For dengue patients, we think the Covid situation has not a strong impact on these patients because they are in very severe conditions and the parents know they have to come to [Kantha Bopha] hospitals [to save] their children,” he said. 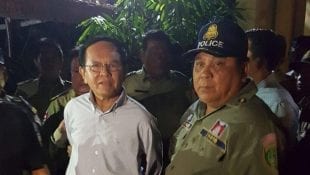 On Trial Again After Covid Delay, Activists Say They Have No Regrets

‘The Camera Is Our Weapon’: Guns and Protesters Clash in Evolving Power Struggle

Communes Say Non-Covid Deaths Up, as Doctors Get Fewer Patients