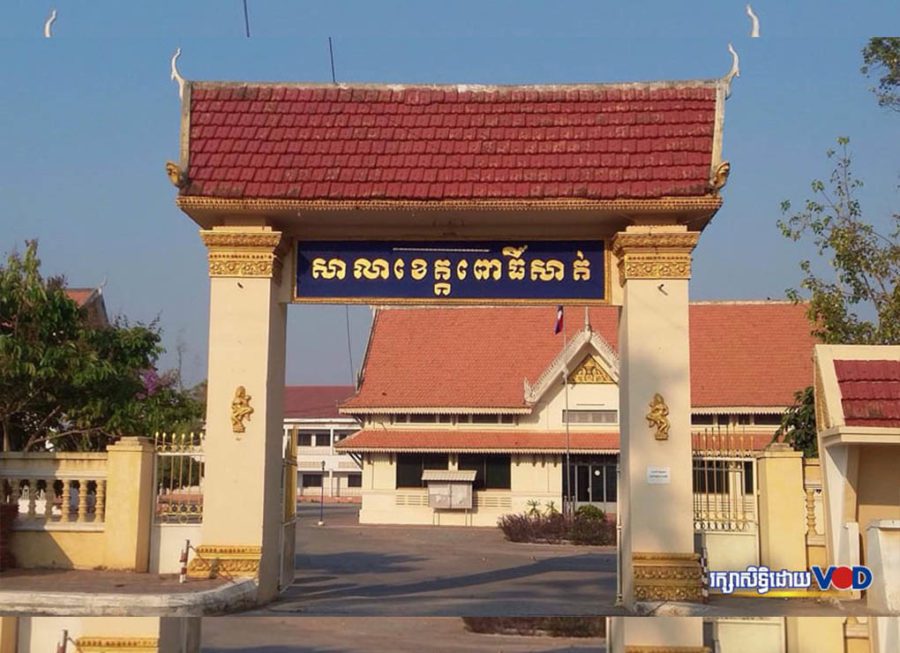 A few political parties registered for the upcoming in the provincial, municipal and district council elections hope they might win some seats — even as prominent civil society officials said that they have no chance.

Elections for the district, municipal and provincial council elections will be held May 26 but only those elected to the about 1,600 commune councils can vote. Despite this — and the ruling Cambodian People Party’s dominance of the commune councils — there are seven parties registered for the upcoming ballot, according to the National Election Committee.

Nob Sothearith, a spokesperson for Funcinpec party, said the party won a few commune councillor seats at the 2017 commune elections and hoped they could convert that into some new seats at this year’s vote.

“Our party has calculated. We see that we could get seats in some province and cities — like Kandal, Battambang, Kampong Thom and Siem Reap province. We already calculated that we will get seats,” Sothearith said. However, he said that he did not know precisely how many.

Pich Sros, the president of Cambodian Youth Party, said his party was participating only to show the public that his party was a professional operation that has a clear structure of leadership. He said the party hoped to do well enough to win some seats in Tbong Khmum province.

“Political science is not that we would not participate unless we intend to win. The participation shows our will,” Sros said. “We show the voters that Cambodian Youth Party is not a prosthetic party — our party has three voters, so if we don’t participate, where would our voters go? Would they sell their vote to others, or refrain from voting?”

Kong Monika, the president of Khmer Will Party, said that his party decided to join in this election campaign in order to let people get to know the party better and as an opportunity to improve party organization. Even though he acknowledged his party has little hope in this election, Monika said joining the process was a way to promote democracy in Cambodia.

“Cambodians needs a true and proper democracy for themselves, one that can be acceptable to all parties,” Monica explained.

Seng Sokkheng, the president of Cambodian National Party, said his party had decided to join the election even though it had no commune councillors because it hoped to sway some votes from other parties.

“All those elected commune chiefs said they want to get ideas to help develop their areas. So they already think that one head is not as progressive as many heads. So they need heads from other parties in order to improve government within their mandates,” Sokkheng said.

However, Korn Savang, a senior official from the Committee for Free and Fair Elections in Cambodia, or Comfrel, said the parties would likely have little ability to attract voters from the ruling CPP as the government usually practiced very strict management of its commune councillors.

“But this is the opposite,” he added.

Savang said that unless there was a huge surprise, the CPP would win all of the seats in the May 26 election, given that almost all of the 11,572 commune councillors in the country are from the ruling party.