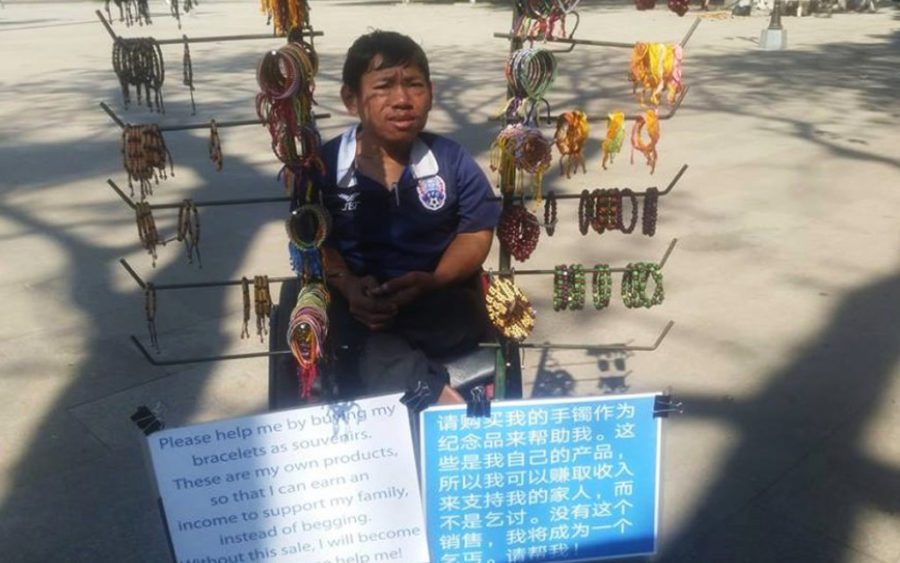 After more than five months in prison, a disabled supporter of the former opposition Cambodia National Rescue Party (CNRP) from Siem Reap province was released on Monday afternoon.

Souvenir seller Phun Yuth, who has also been referred to as Thun Yuth, told VOD that he was released at about 2 p.m. He said his health had worsened in prison, but that he would restart his business soon.

“If not tomorrow, I will start selling again in a few days,” he said, thanking human rights organizations Adhoc and Licadho as well as the United Nations for their support.

On December 27, the Appeal Court decided to order the release of Yuth after he was jailed for more than five months. He was sentenced to 18 months in prison on October 31 by the Siem Reap Provincial Court on charges of “incitement” and “public insult” after he posted messages criticizing the government on Facebook. In one of them he had written: “I want to have a new prime minister.”

His arrest had sparked outrage on social media. Yuth has a disability that prevents him from walking.