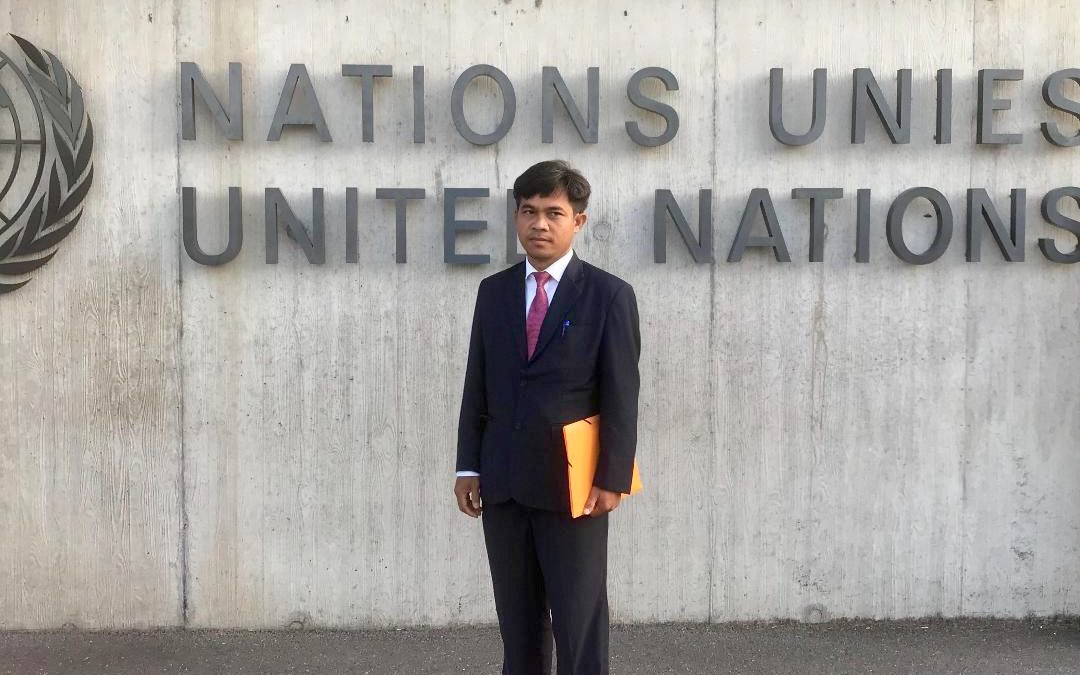 Sam Serey in a photo posted to his Facebook page in 2018.

A Cambodian dissident who has political asylum in Denmark was tried in absentia for incitement and plotting in relation to a plan to smuggle in pamphlets from Thailand as well as Facebook comments about liberating Cambodia.

Sam Serey, the president of the Khmer National Liberation Front, was tried in two separate cases at the Phnom Penh Municipal Court on Tuesday morning. Serey fled the country in 2010 following opposition activities here, and has been branded a “terrorist” by the government. He declared the formation a “government in exile” in 2016, and more than 20 of his followers have been arrested over the years. He has previously insisted that his activities were nonviolent.

The first case involved Facebook comments made on October 1 and 2 in which he said he would gather activists and soldiers to liberate the country on November 9, 2019. The November date coincided with the attempted return to Cambodia by exiled CNRP leader Sam Rainsy, who is living in France. Dozens of opposition activists were arrested in the lead-up to Rainsy’s failed attempt.

According to a police report read out by the court clerk, Serey wrote on October 1 that it was a time of emergency due to the arrests, and opposition supporters should flee to Thailand to join a liberation force. The following day, he wrote that he would gather activists across the border and recruit soldiers to liberate Cambodia and make it democratic.

Defense lawyer Prak Vanda argued that Facebook messages were not enough to punish Serey, and Serey’s account could have been hacked.

In a separate case, Serey and six others were charged with incitement to commit a felony over a failed attempt in 2017 to send two boxes of pamphlets from Thailand into Cambodia via Poipet. Serey was not represented by a lawyer for the second case.

The judge said the others in the case had been tried separately.

A verdict for both cases is expected on July 27.