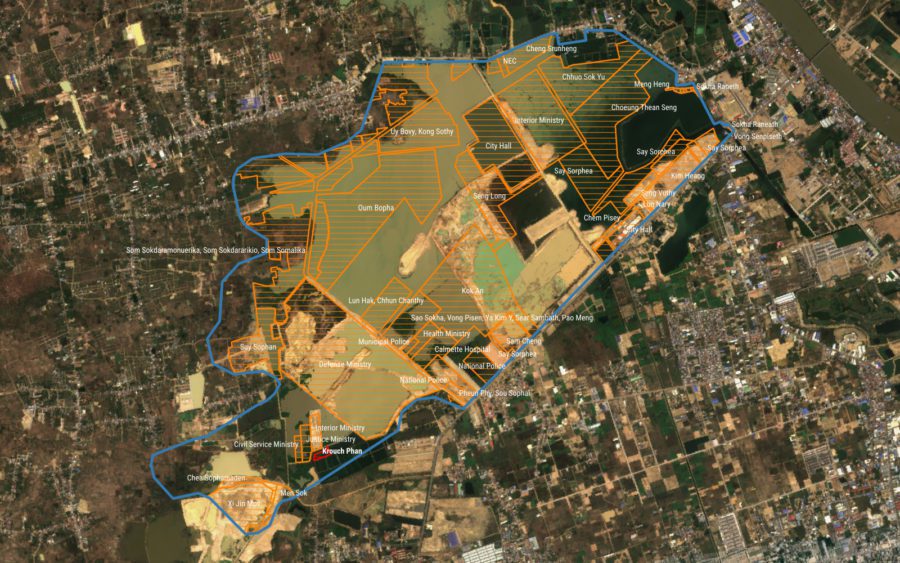 The government privatized more than 2 hectares of Phnom Penh’s Boeng Tamok to the chief of Phnom Penh’s Pur Senchey district council, who is also an appointed assistant to Prime Minister Hun Sen.

The privatization and filling of the lake has progressed rapidly over the past couple of years, with little left of what was once one of the capital’s largest lakes.

Krouch Phan received 2.2 hectares in a sub-decree signed by Hun Sen, in the swampy southwest corner of the lake in Prek Pnov district’s Kok Roka commune. The decree was signed in December, but publicly released this week.

According to a July 2017 sub-decree, Phan, the chief of the Pur Senchey district council, was appointed as an assistant to Hun Sen.

Phan told VOD on Thursday that he had the 42 hectares of land in the area in 1979 when he was in the army, and grew lotuses on the wetland. He sold the lotuses to help buy food for the army, he said, adding that the area was drier at the time.

He said he had given away 39 hectares to locals, and said another hectare was taken from him, leaving him with 2 hectares.

These days, there was a Taiwanese goose farm as a neighbor, he said, but his land was still undeveloped.

“I’ve kept it and have not yet filled it up — where could I get the money?” he said. “It is impossible. … Samdech techo has felt sympathy since 1979,” Phan said, referring to Hun Sen.