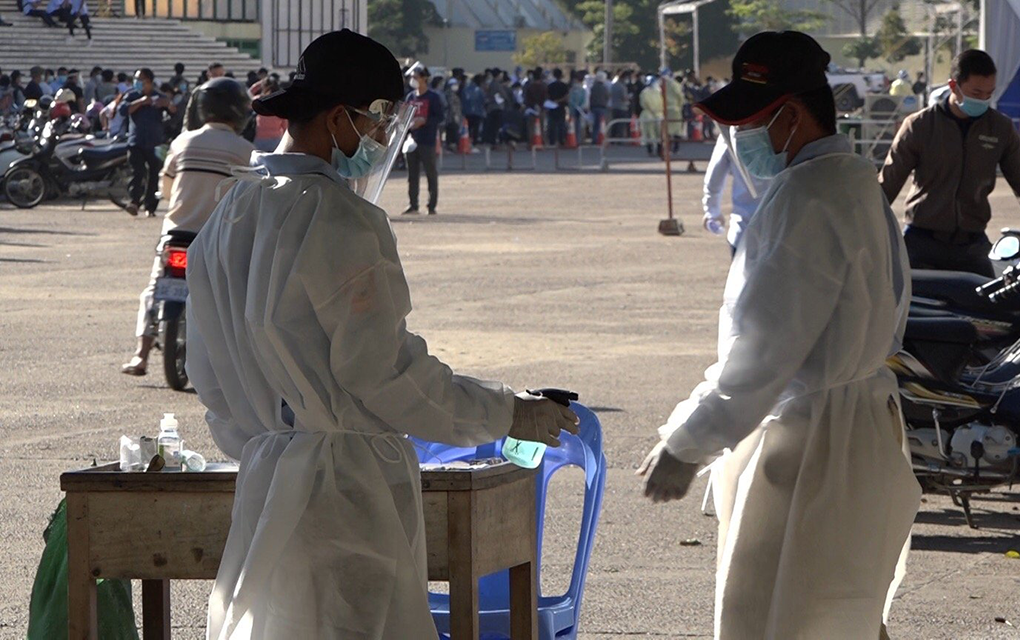 Casino workers who were placed in quarantine at their Kandal province casinos a week ago have tested positive for Covid-19 en masse, as local authorities defended the locations’ security as being completely sealed off by soldiers and guards.

Sixty-four people from the area, in Koh Thom district’s Sampov Puon commune, were announced on Tuesday as having Covid-19, as part of 105 new cases in the country — the highest daily total so far.

The country now has 608 active cases — including more than 160 in Kandal — down slightly from a peak of 655 cases on Sunday.

They were all closed down a week ago after five cases were found among casino staff. Bunthon said all workers had been quarantined on the premises to make it easier for police and health authorities to control.

The casinos were “completely cordoned off by the forces” and no one went in or out, he said.

“Authorities have been placed at every entrance, including provincial military police and soldiers, district police and security guards,” Bunthon said.

Despite the wave of new cases, he said that those in quarantine had not been allowed to mix, and were confined to their rooms.

“We’ve taken serious measures to prevent it from spreading,” Sron said. “We’re working day and night, no matter how hot.”

The commune chief said that if local authorities had not taken quick action to close the casinos, the infected patients would have spread widely among the community by now.

Deputy provincial governor Nouv Peng Chandara said the source of the infections was a person linked to the N8 club in Phnom Penh, one of the origins of the “February 20” cluster.

Covid-19 positive patients were being treated either at separate buildings on the casino premises or at the provincial hospital, while emergency cases were sent to the Khmer-Soviet Friendship Hospital in Phnom Penh, Chandara said.

Separately in Kandal, Khsach Kandal district Vihear Suor commune chief Meng Cheagheng said more than 20 people had been placed in quarantine due to indirect contact with Appeal Court president You Bunleng, who has tested positive for Covid-19.

All tests have so far been negative, Cheangheng said.

“Since this, 98 percent of the people are wearing masks now, including grandchildren, children, parents and grandparents,” he said.

All visitors to the local area, such as from Phnom Penh, would be tracked down and asked about their purpose, he added.

Weddings have been suspended nationwide as part of the country’s worst outbreak to date, with schools closed in several provinces and some villages seeing outbreaks locked down.