What seemed like extraordinary scenes due to climate change just a few years ago are now almost commonplace.

Higher temperatures, drought and rising seawater levels are having a devastating effect on the lives of countless people around the world.

Asahi Shimbun correspondents visited some of the hardest-hit areas in three Southeast Asian nations to get a better grasp of how global warming is changing people’s lives.

Wichai Kanonsri, 52, is a rice farmer who cultivates about 11 hectares of rice paddies in the Nong Bua district of Nakhon Sawan province in northern Thailand.

But things looked grim for him on September 9.

“The rain that should be falling has not come,” he said. “My paddies have just about dried up.”

Not even seedlings have grown on about 15 percent of his paddies and many plants have turned brown. The cracked soil is clearly visible and what few green seedlings remain appear on the verge of collapsing.

“There was not enough water for the remaining seedlings so the harvest volume and quality of the rice will likely fall from an average year,” Wichai said.

“I want to place hopes on government disaster subsidies, but the evaluation process is very strict, so I have no idea how much I will get,” he said.

Thailand has been hit by record drought this year. Rainfall between March and July, when the dry season switches to the rainy season, was 21 percent lower than in average years. Farmers around Thailand have been badly hit by the dry weather.

Four dams in northeastern Nakhon Ratchasima province have all run dry and average water levels in dams in other areas of Thailand have fallen to 20 to 30 percent of storage capacity.

One estimate by a private-sector research company put the figure for economic damage from the drought at about $481.8 million. The Thai government is moving to implement budgetary measures to assist farmers with heavy loans.

But the drought is not just a one-off event this year.

Lamun Kanonsri, 65, has been farming rice in Nong Bua for more than 40 years.

“For the past few years, even after the rainy season starts, the rains will suddenly stop,” Lamun said. “Strange weather has continued for a number of years.”

Weather statistics show that over the past 30 years, rainfall over all of Thailand between March and July has only dipped below 600 millimeters just three times. But two of those times were in 2015 and this year. In 2016, rainfall between February and April was also extremely low, causing drought in various parts of the nation.

Having experienced drought in 2015 and 2016, Lamun said, “Rice farmers are really suffering.”

According to the Thai government, domestic temperatures rose by 0.92 degree in the 40 years until 2009.

Seree Supratid, an associate professor at Rangsit University who specializes in climate change, said, “Because the effects of higher temperatures and decreased rainfall are so widely felt, the frequency of drought has also increased in comparison with the past.”

According to one estimate by Seree, harvest volumes will likely decrease by another 20 percent over the next 30 years due to climate change.

Thailand’s Office of National Water Resources said that average Mekong River water levels have dropped to a state that occurs about once a century.

Montree Chantawong, who heads a Thai environmental nongovernmental organization called Mekong Butterfly, said, “The river’s water level has been affected by upstream dams, but the effects of climate change on rainfall have also had an unmistakable effect.”

The Ticking Time Bomb in Indonesia

In Indonesia, it’s not just farmers who are suffering from the lack of rainfall. Everybody else is, too.

On September 10, a water truck of the Indonesian Red Cross Society arrived at the village of Kenteng located about two hours by car from Semarang, the capital of Central Java province.

Villagers lugging plastic containers of all sizes converged on the truck, carrying 6,000 liters of water, for supplies.

No rain has fallen since the start of the dry season in May. Murti and her family of nine have no water to bathe in or for the toilet. The family resorted to purchasing water from a private-sector company once every two weeks for 600,000 rupiahs (about $43). But that is a huge burden for a village where the average monthly household income is the equivalent of about $100.

Water from the truck for about 90 households ran out after about 30 minutes.

The region around Kenteng is farming land that normally grows rice, soybeans and corn. But drought has made farming difficult and large patches of farmland lie parched and abandoned.

Water levels near Semarang at its source are also less than half of normal and water shortages have become severe with even rivers drying up.

Gesit Krishtiawan, 32, the head of the service section at the Grobogan office of the Red Cross, continues to receive messages from other communities asking that their water supply continue or to have the water truck visit their community.

The number of communities in Indonesia suffering from drought has increased from last year. According to Indonesian authorities, drought damage had been confirmed in 2,731 villages in seven provinces as of the end of August. Some areas have declared a state of emergency.

The situation is particularly difficult for those districts where construction of irrigation ditches and water supply lines is insufficient. In such communities, residents have to collect what little rainfall there is or else walk for many kilometers to obtain the water needed for daily living.

So far, water trucks have delivered about 78 million liters of water around Indonesia through 15,638 deliveries.

But in central Java province where the situation is most dire, Mu’rifah, the head of the Central Java Red Cross office, said only 25 percent of residents have been provided with assistance because of a lack of personnel and water trucks.

An official of BMKG, the Indonesian meteorology, climatology and geophysics agency, said the cause of the drought was the El Nino weather pattern that leads to warmer ocean surface temperatures.

“While in the past, the most serious damage came in cycles of between five to seven years, now that has shortened to every two to three years,” the official said.

While the dry season normally ends in September, this year’s forecast has it extended to early November.

But the coming of the rainy season will not be the end of problems in Indonesia. In recent years the La Nina weather phenomenon has also been observed in waters near Indonesia and the lower ocean surface temperatures have led to heavy rains that triggered flooding and landslides.

The Crisis in the Mekong Delta

Not even Vietnam’s Mekong Delta, long regarded as the nation’s “Rice Bowl,” is immune from the effects of global warming.

But in the case of Vinh Long province in southern Vietnam, the problem is not drought, but salt damage caused by rising sea levels.

Bui Van Du, 42, a rice farmer in Trung Thanh Tay commune, experienced the effects of salt damage in both 2017 and 2018. With his rice roots dying and rice husks lacking kernels, the harvest from approximately 3,000 square meters of paddies was cut in half.

“Until a few years ago, it would have never occurred to anyone that salt damage could affect this area,” Du said.

The damage is due to seawater flowing up the Mekong as a result of rising ocean levels caused by global warming and a lack of river flow volume from upstream. The problem is now so pronounced that it even affects farmers such as Du, whose farm is located about 80 kilometers from the coast and irrigates the paddies from a tributary of the Mekong.

The mild climate and rich land made the Mekong Delta an important rice growing region, contributing half of domestic production and up to 90 percent of Vietnam’s rice exports.

But the salt damage and water shortages during the rainy season have combined to deal a massive blow to the rice industry.

The Mekong River Commission, which groups the nations of Laos, Thailand, Cambodia and Vietnam, said in July that the level of the river was the lowest on record. While flooding is normal for June and July, water levels for the four nations along the Mekong have dropped several meters below the average figure since 1961.

Moreover, rainfall has also been low, with only about 67 percent the monthly average rainfall for the period between 2006 and 2018.

The lack of sufficient water to grow rice resulted in about 22,000 hectares of rice paddies in Soc Trang province being abandoned, according to a local newspaper.

“Unless something is done, Vietnam will no longer be a rice exporter,” said Le Anh Tuan, an associate professor at Can Tho University who researches the effects of climate change.

Water for daily living is also in short supply along regions of the Mekong.

An official with the Mekong River Commission said the paucity of water volume in the Mekong would lead to groundwater deficiencies.

Given that the Mekong Delta is low-lying to begin with, excessive use of groundwater has accelerated the pace of land sinkage.

This prompted the government to call on residents not to use wells with the result it now has to provide water to residents depending on where they live.

This article was compiled from reports by Ryuta Sometaya in Nong Bua, Thailand, Hidefumi Nogami in Kenteng, Indonesia, and Akiko Suzuki in Trung Thanh Tay, Vietnam.

This story originally appeared in The Asahi Shimbun. It is republished here as part of VOD’s partnership with Covering Climate Now, a global collaboration of more than 250 news outlets to strengthen coverage of the climate story. 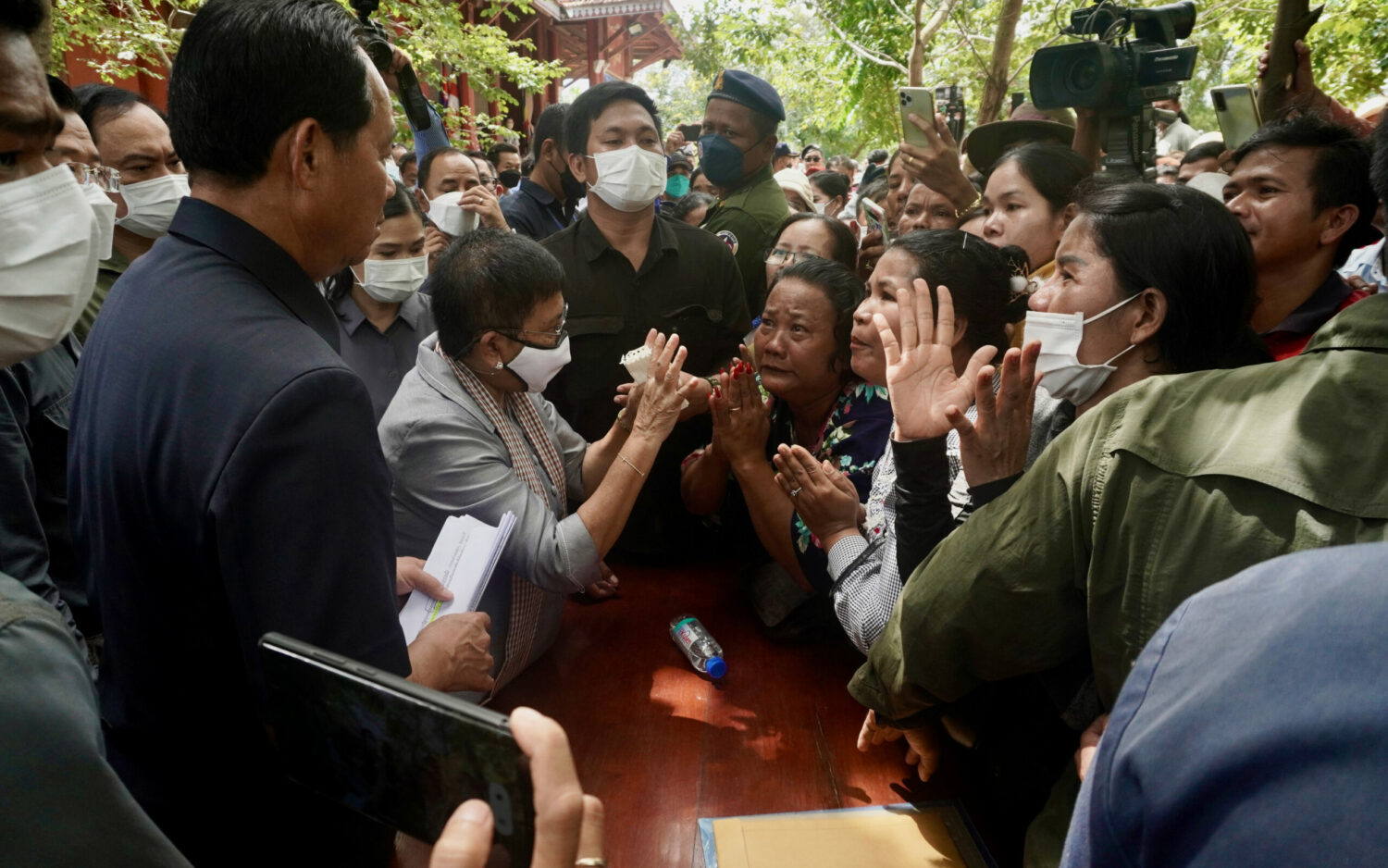 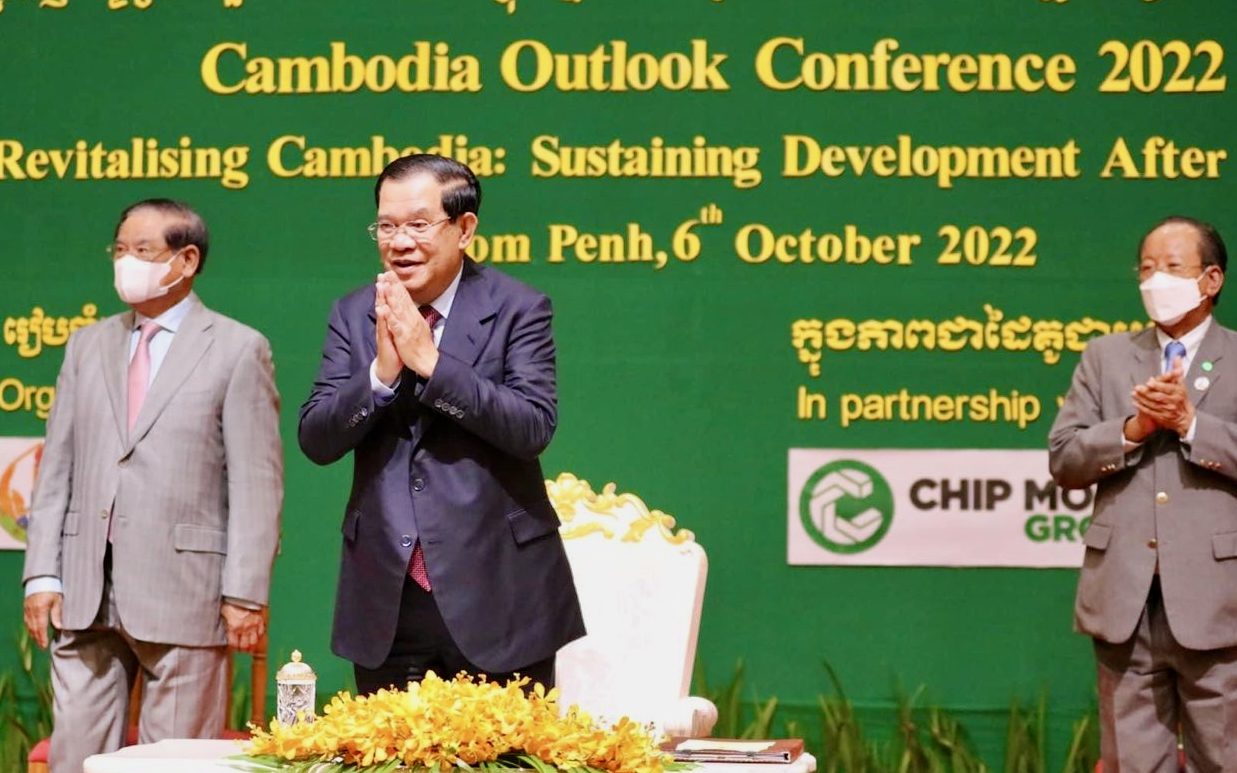