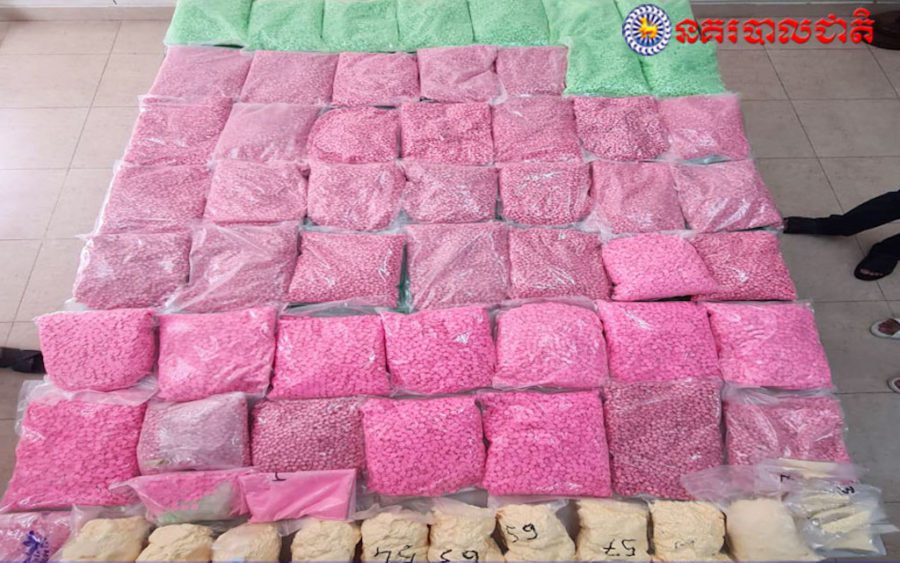 Six men have been arrested and 100 kilograms of drugs seized in a crackdown on a network of eight drug production and distribution sites across Phnom Penh and Kandal province amid an ongoing rise in drug trafficking in the country, authorities said.

In a joint police operation carried out May 28-30, officers seized 94 kg of methamphetamines, 10 kg of meth precursor chemical P2P, some MDMA, and equipment for packaging from production and distribution sites, Kandal police said in a statement.

Bot Satya said the drugs and chemicals were likely imported from the Golden Triangle area at the nexus of Myanmar, Laos and Thailand, and smuggled across the border by car.

Three of the sites were in Phnom Penh’s Boeng Keng Kang district, one in Chbar Ampov, and four in Kandal’s Mok Kampoul district, Sopanha said.

The six arrested men included five Chinese and one Vietnamese national, and they had been jailed for illegal processing, storage, exchange and transportation of drugs while investigations continue, he said.

In May, a raid in Phnom Penh’s Boeng Keng Kang II commune led to the arrests of 60 people for drug use and trafficking, though 15 were soon released.

The country seized more than 3 tons of drugs in 2020, and National Authority for Combating Drugs secretary-general Meas Vyrith said in January that five residential properties and a warehouse had also been seized that year in connection to the production of drugs.

The U.N. Office of Drugs and Crime has said that organized crime is flooding the region with cheap synthetic drugs due to an ineffective control of precursors.