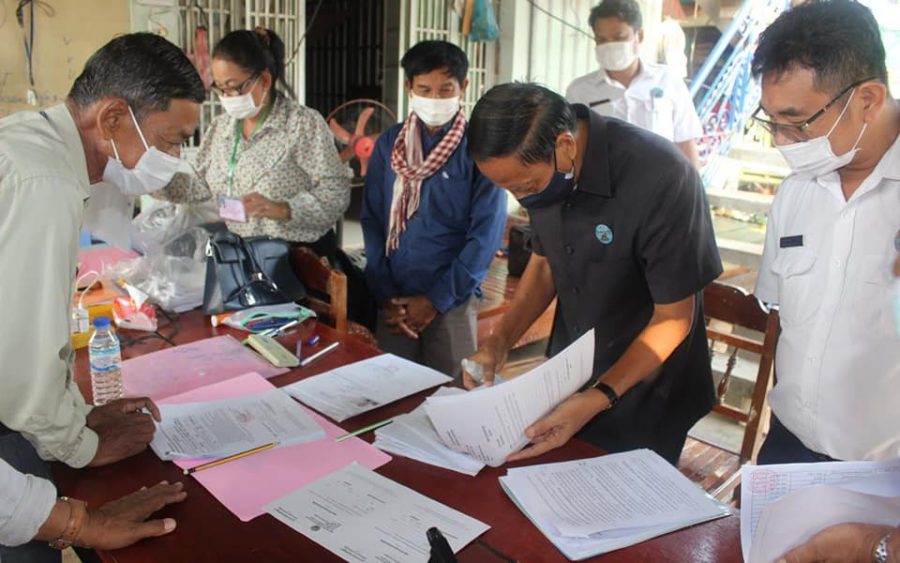 With less than 90 days to the commune elections, 17 political parties this weekend registered candidates to vie for critical commune chief positions across the country — though some alleged threats during the process.

National Election Committee spokesman Hang Puthea said on Monday that 17 political parties had submitted lists of candidates for the 2022 election over the three-day registration period from Friday through Sunday.

But Yem Ponhearith, president of the Kampucheaniyum Party, said some candidates had abandoned their bids in the face of intimidation on the day. “Opposition parties always suffer while the ruling party does not accept the truth, and direct and indirect threats are always there,” Ponhearith said. No specific incidents were verified by reporters on Monday.

The party put up candidates in 39 communes, he said.

Candlelight Party leader Thach Setha said harassment against candidates had been an ongoing problem, with local administrations suggesting they would not help them in practical matters. The Cambodia Reform Party raised similar allegations last week.

“We’ve faced lots. It’s not easy to deal with,” Setha said, adding that his party had registered candidates in all but three communes around the country — two in Pursat and one in Ratanakiri.

With the ruling CPP holding a near-absolute grip on power, the upcoming elections will be a litmus test ahead of the 2023 general election.

The sub-national positions hold importance for Cambodian citizens who deal with their commune chief to get critical documents — including the contentious land titles, birth and marriage certificates — as well as push for improvements in their villages.

Commune councils have between five and 11 councilors and handle most local affairs within their jurisdiction, including managing security, social and economic development and preserving natural resources.

They have two other important tasks: to pick village chiefs within their communes and to vote in the indirect election of Cambodia’s Senate.

There are 1,652 commune chief positions up for grabs in June, six more than there were in 2017.

CPP spokesman Sok Eysan on Monday encouraged the opposition to file complaints if there were threats, and document specific instances.

“Political parties or people that are intimidated should provide information to their institutions or their parties to take action,” he said.