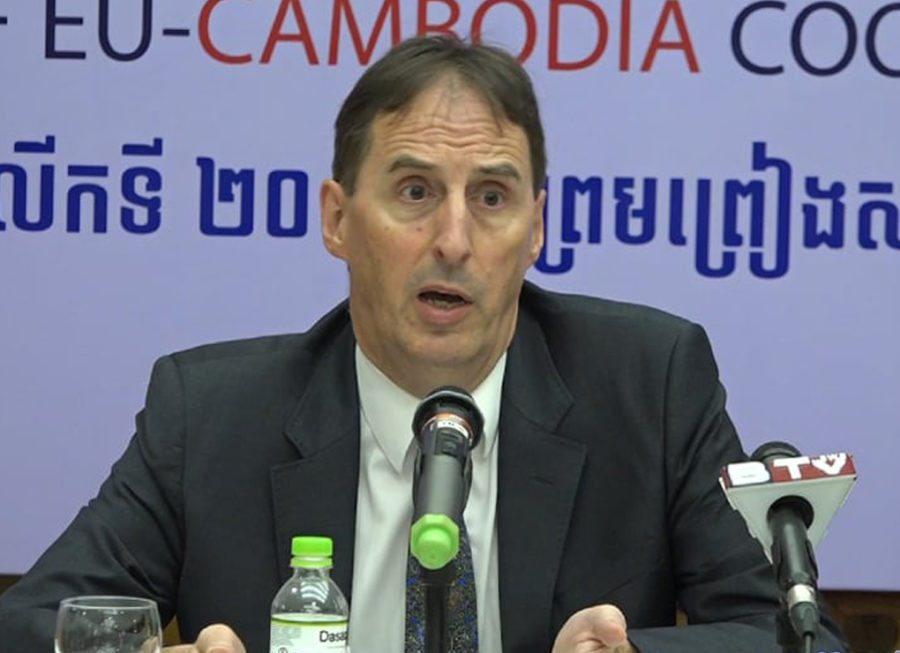 A delegation from the European Union will visit Cambodia next week to discuss its ongoing process of reviewing Cambodia’s continued eligibility for the “Everything But Arms” tariff reductions.

EU Ambassador George Edgar said in an email on Tuesday that he was expecting of a brief visit to Cambodia next week by senior officials from the European External Action Service and the EU’s directorate general for trade. However, Edgar declined to provide further details about the dates of the trip, the schedule or what issues will be raised in the meetings about the EBA.

Foreign Ministry spokesperson Ket Sophann confirmed the planned trip. He said that Foreign Affairs Minister Prak Sokhon had announced during a public speech on Monday that he will meet and talk with the European Commission officials who planned to visit Cambodia. A meeting had been scheduled for March 21 about Cambodia’s obligations to maintain access to the EBA.

The visit from the EU officials will come as the EU launched a deliberative process that could lead to the suspension of Cambodia’s tariff-free access to the EU market, which buys some 40 percent of Cambodia’s exports each year. The EU has threatened to cut Cambodia’s access to the EBA due to the deterioration of democracy, human rights and rule of law over the last 18 months.