Expropriation Law to Be Used Against Families Blocking Sihanoukville Expressway 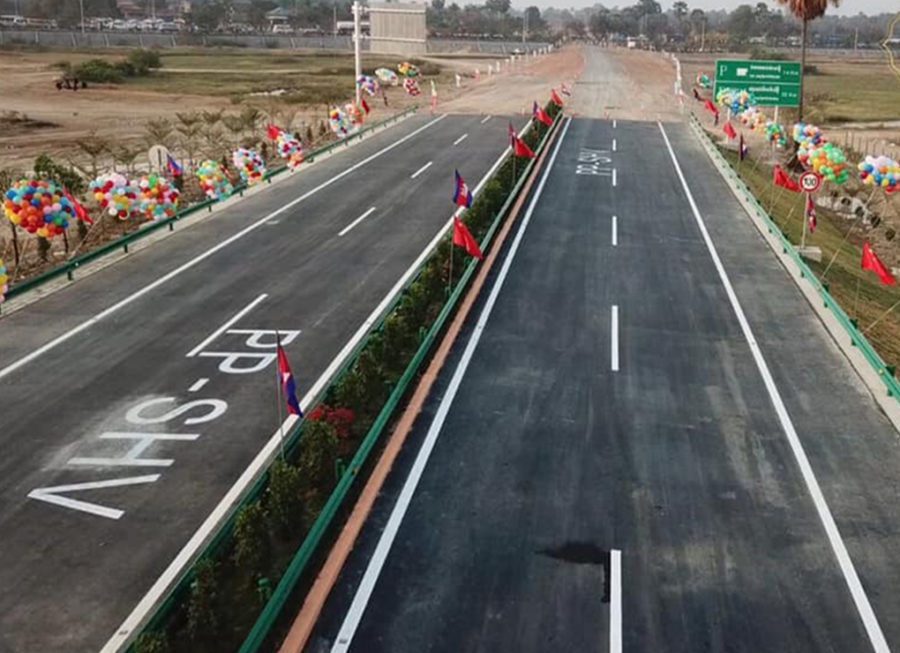 Families refusing to leave their homes to make way for a Chinese-built expressway from Phnom Penh to Sihanoukville will bear the brunt of Cambodia’s Expropriation Law, Prime Minister Hun Sen said at the road’s groundbreaking ceremony last week.

Hun Sen explained the situation by pointing to previous constructions, such as the road to Ho Chi Minh City and one to Siem Reap.

He also brought up the road from Thnal Keng to Siem Reap, where, he said, 4,000 families agreed to move but 42 held out.

“The Expropriation Law needs to be used. That’s it,” he said.

The law, enacted amid controversy in 2010, allows for the confiscation of private property for public infrastructure projects if homeowners are given “fair and just” compensation in advance. It sets out a dispute resolution mechanism but exempts “big” projects.

“However, the owner and/or the rightful owner of the immovable property cannot file a complaint for an investigation into the requirement for big development projects such as national roads, bridges, railroads, connection and distribution of water and electricity systems, kerosene pipes, sewage pipes, drainage systems or main drainage systems and irrigation systems,” the law says.

Yong Kim Eng, president of the People Center for Development and Peace, said disputes should be resolved before companies start construction on infrastructure projects.

Families could now be pressured to accept lesser compensation or face forced eviction — as in other developments — if there is collusion between law enforcement and developers, Kim Eng said.

“The benefit for the nation really is bigger than the benefit for each individual, but in order to show responsibility, the government has to find a solution without making people feel hurt,” he said. “Try to give people appropriate compensation that enables them to buy a new house.”

The project would cost $2 billion and take four years to build, and is led by the China Road and Bridge Corporation and Cambodian PPSHV Expressway.