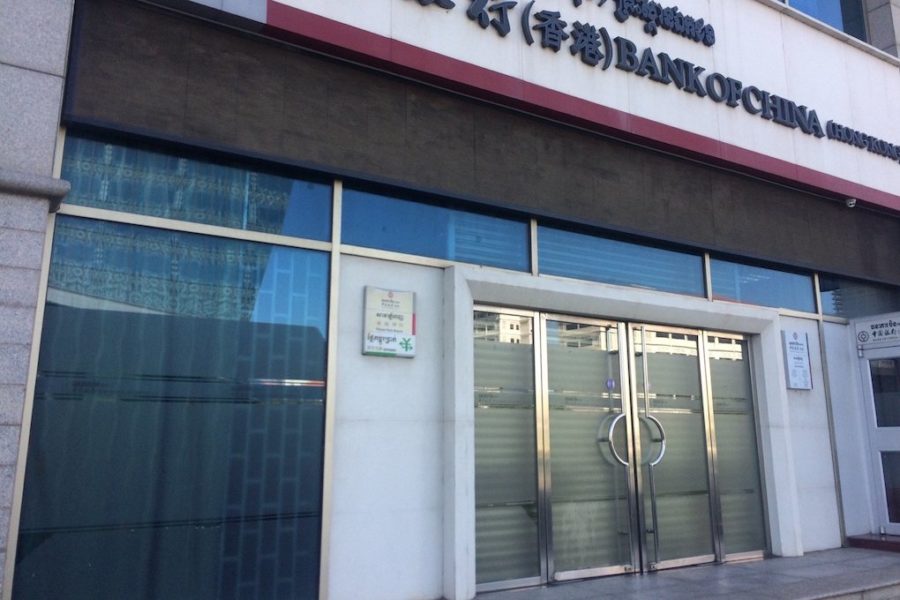 A Bank of China branch located in Canadia Tower is closed on December 3, 2020 due to a Covid-19 scare. (Michael Dickison/VOD)

UPDATED 12:42 p.m. — Four new Covid-19 cases in the local “November 28” cluster were announced Friday, with the Health Ministry saying that according to its analysis the cluster is unrelated to the visit of Hungarian Foreign Minister Peter Szijjarto last month.

The new cases are a couple and their 3-year-old child, who are relatives of a previous case; and a 22-year-old worker at a fashion store on Preah Sihanouk Blvd., the Health Ministry said on Friday.

The 22-year-old man, an employee at Pedro, had direct contact with a 21-year-old woman who came to the shop and was reported Covid-19 positive on Thursday.

The infected family members are a 32-year-old cousin of a previous case and her husband and child. All four new patients are being treated at the Khmer-Soviet Friendship Hospital.

There are now 23 cases in the cluster, which centers around the country’s prisons director Chhem Savuth and his wife. The wife tested positive on Saturday, leading to widespread contact tracing and testing.

The Health Ministry said on Friday that 9,793 people had now been tested.

It says it has not determined the source of the contagion, but said late Thursday that an analysis of the virus’s strain showed it was unconnected to an earlier November cluster centered around the visit of Hungarian Foreign Minister Szijjarto.

Szijjarto visited the country on November 3, did not quarantine upon arrival to wait for test results, and was found to have Covid-19 after flying out to Thailand that evening. Officials did not say at the time whether he was tested upon arrival.

The virus likely entered the country sometime from October to late November, from Asia, Africa or Australia, it said.

The ministry asked that all suspected contacts quarantine at home or quarantine centers for 14 days.

The country has shut down schools, cinemas and museums and asked people to avoid large gatherings. Canadia Tower, where one of the positive cases worked, was closed yesterday.

Some other facilities have already reopened, notably Aeon Mall, where the wife of the prisons director visited on November 21.

The ministry added that suspected contacts should get their second tests on December 8, when testing centers will be set up at the Interior Ministry and Olympic Stadium in Phnom Penh, and at provincial health departments outside the capital.