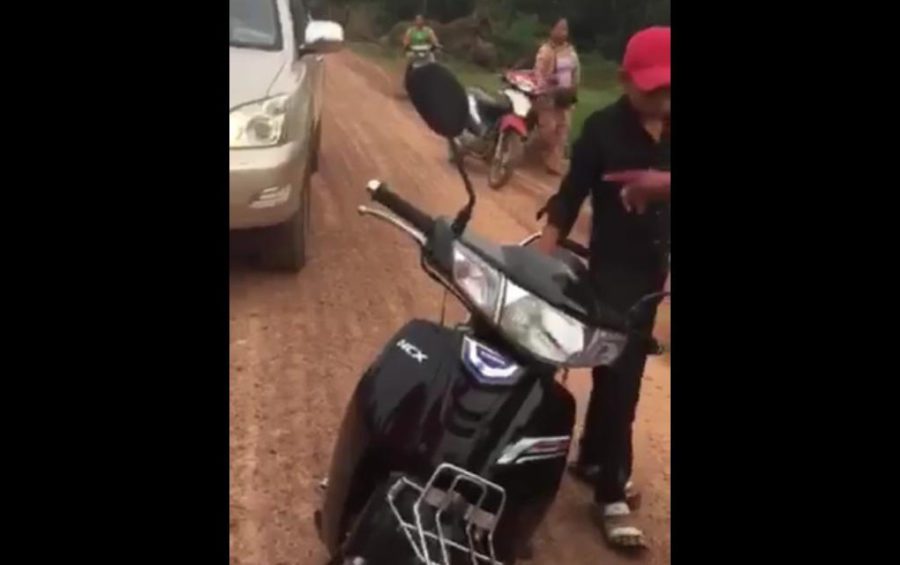 The family of a former opposition activist who died after falling off a police motorbike on the way to being questioned has demanded that the officers take responsibility for her death.

Sam Bopha, 49, died when police officers in Kampong Rou district in Svay Rieng province took her in for questioning over a domestic fight between her and her husband.

She was survived by four children, according to her brother Sam Dina. She was also a former member of the provincial council of the opposition Cambodia National Rescue Party.

Dina told VOD that authorities from the commune, district and provincial levels came to arrest his sister and escort her to be questioned at the commune hall following a complaint by her father-in-law Hun Yap.

He said Yap was a former CNRP second deputy commune chief who had defected to the ruling Cambodian People’s Party (CPP) last week.

The CNRP alleges that Yap was forced to defect, according to a statement released on Thursday.

Dina said that he followed police on his motorbike and saw his sister’s fall on the way with her face hitting the ground. Dina said she was sent to a health center but had died by the time they arrived there.

“The doctor said her blood vessels may have been damaged because she crashed her head on the ground,” Dina said.

He said after her father-in-law defected to the CPP, his sister had a fight with her husband over the loss of some money, but that the dispute turned into a fight over the father-in-law’s decision to defect to the ruling party.

Dina said that despite his sister’s family often having arguments, police had never intervened — it was only when her father-in-law defected that they showed up. “I think it was mainly politically motivated because if it was just a domestic argument, it wouldn’t make the district and provincial authorities come,” he said.

Sam Ratany, another brother of Bopha and also a former CNRP provincial council member, demanded that authorities take responsibility for the death of his sister.

“My sister died for no reason. I want the provincial upper-level authorities to find justice because she died tragically,” Ratany said.

The father-in-law Yap could not be reached for comment.

A coordinator for rights organization Licadho in Svay Rieng province, Nuth Bopinaroath, said the police had indicated that Yap filed a complaint as she allegedly tried to attack her husband and father-in-law with a machete during the argument.

Bopinaroath said police had to be held accountable as the woman died under its custody. “Generally, if they drive her on a motorbike, someone must hold her from behind,” he said.

The brothers of the victim said they would file a complaint to relevant institutions after the funeral. The funeral was not attended by the husband and father-in-law, Dina said.

Soeng Senkaruna, spokesman for human rights NGO Adhoc, on Friday called for an investigation into her death. “If [they] don’t pay attention, people will allege that there is discrimination in the enforcement of the law and double standards,” he said.

Lawyer Sek Sophorn said that if a suspect died while being brought for questioning, the police officer should face criminal prosecution. “It is not a civil case,” he said.

But Tep Phalla, provincial court spokesman, said the prosecution would only start legal procedures once it received the case file from judicial police. National Police spokesman Chhay Kim Khoeun said legal action against the relevant officials would depend on the findings of the court.

Hing Sokha, district deputy police chief in charge of serious crimes, rejected responsibility in taking action against officials. “Taking action is not my competency. Sorry!” he said before hanging up the phone.