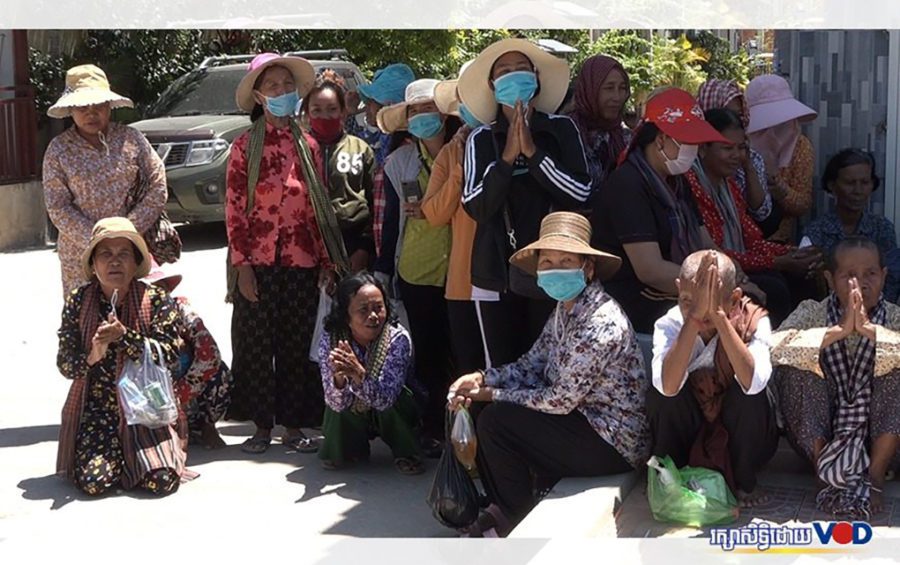 About 50 villagers who say their farmland falls within the planned site of the new Phnom Penh International Airport submitted a petition at Prime Minister Hun Sen’s Takhmao City residence on Tuesday to ask for a bigger payout from the airport’s developer.

The $1.5 billion airport, developed by the Overseas Cambodia Investment Corporation (OCIC), will be built on 2,600 hectares in Kandal province, with first-phase construction to accommodate 13 million visitors and be completed in 2023, according to website Construction & Property, which is run by the Cambodia Constructors Association. The association’s chairperson, tycoon Pung Khiev Se, also chairs OCIC.

The website reported last month that the first phase of construction was 30 percent complete, with the second phase set to be finished by 2030 and third by 2050. The airport is expected to eventually host 50 million tourists annually and become the ninth-largest airport globally, just behind Chicago O’Hare International Airport in the U.S., Construction & Property said.

On Tuesday, Un Soeun, a 68-year-old resident from Takeo province’s Putsar commune, said the airport site also spans land occupied by 250 people in Bati district, on Kandal’s border, including half a hectare of her own farmland. Soeun said OCIC had previously offered between $3 and $8 per square meter of land to compensate Bati residents, but she and others had refused the payouts, while some accepted.

“[I] ask Samdech [Hun Sen] to find a proper solution for the people so then people can use the money to buy land for farming and feed their children,” she said, using an honorific for the premier.

Kranh Chandy, another Putsar resident, said she will lose a hectare of farmland to the airport and added that authorities had blocked a local canal, preventing farmers from accessing water to irrigate crops.

“We don’t have water for farming,” Chandy said. “We are worried and always thinking [about the future] because I only have that amount of land and I have to raise my children.”

A Kandal province resident who also refused compensation, Chhorn Chanthol of Boeng Khyang commune, said the group demonstrated in front of the premier’s house because a petition from earlier this month went unanswered.

“Many days have passed and we have not seen any information from the provincial [authorities] and [they haven’t] called us to find a solution, so our people came to Samdech [Hun Sen] again to seek his help and find a solution,” she said.

Takeo governor Ouch Phea and Kandal governor Kong Sophorn could not be reached for comment, though Sophorn previously said provincial officials were considering the residents’ appeal after they had submitted their first petition.

A guard in front of Hun Sen’s residence told protesters that the petition had been received and asked them to wait for a response.

“So aunties, please go back home because our officials already got the documents,” the guard said.

The government first announced OCIC’s plan for a new airport to serve the capital in January 2018, and the government Civil Aviation Secretariat approved the final three-phase master plan last month, according to Construction & Property.