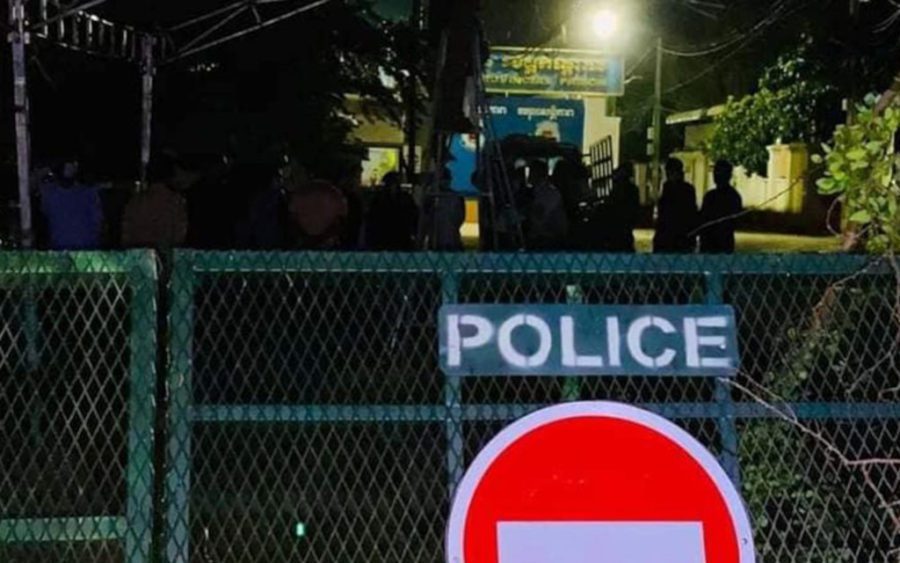 An inmate has died of Covid-19 and more than 100 have the virus at the Kampong Speu Provincial Prison, the provincial governor said on Tuesday while denying he knew exactly when the outbreak started.

The Interior Ministry prisons department said the situation there was already easing, but would not disclose how many prisons around the country were dealing with Covid-19 cases.

Since Preah Sihanouk province revealed Covid-19 cases in its prison three weeks ago, authorities have dragged their feet on disclosing further outbreaks, which have been found in Kandal Provincial Prison and Phnom Penh’s Prey Sar and PJ prisons. A government official this week defended the lack of transparency as a protection of patients’ privacy.

Kampong Speu provincial governor Vei Samnang said on Tuesday afternoon that the outbreak in his provincial prison had already been going on for a “few days,” but he didn’t know exactly when it started.

More than 100 inmates had now contracted Covid-19 in the provincial prison, and a 66-year-old female prisoner, Lam Sokha, died of the disease on Monday, Samnang said.

“We immediately [took action], but she died. She has a lot of physical illnesses, and she is over 60 years old,” he said, listing kidney problems among her health issues.

“And even if she did not get Covid, it probably would not have been possible for her. Just look, every day — even those who are not in prison also die,” Samnang said.

Sokha’s death is the first officially announced case of an inmate dying of Covid-19.

Samnang said officials were investigating the source of the outbreak. “I do not remember the numbers, but it’s more than 100 people in prison,” he said, adding that positive patients were being separated from other inmates. The provincial prison has more than 1,800 inmates.

Nuth Savna, spokesperson for the Interior Ministry’s prisons department, said the situation was already easing after measures were taken by provincial authorities.

He would not say how many of the country’s 28 prisons had Covid-19 cases, only confirming the four others already disclosed.

Treatment was being carried out inside the detention facility, he added.

By Tuesday, 11,000 prisoners, or 30 percent of 40,000 total inmates across the country, had received second vaccine doses, he added.

Licadho monitoring manager Am Sam Ath said the government should consider releasing some prisoners who are in jail for minor crimes or pretrial detention to ease overcrowding.

According to a statement by Amnesty International and Human Rights Watch last month, at least 35 percent of the country’s prisoners are being held in pretrial detention awaiting trial.