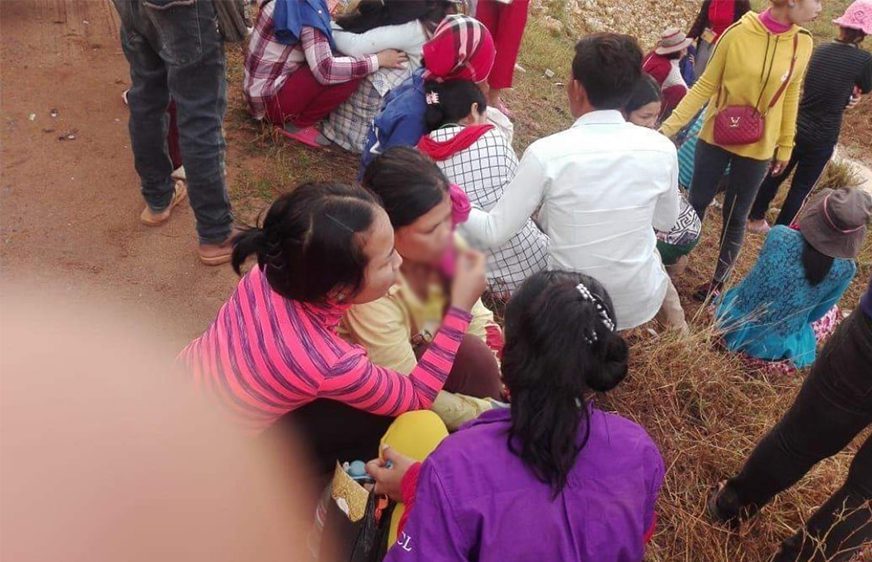 Five garment factory workers had their hands amputated after the flatbed truck they were travelling in to work crashed into the side of an oncoming vehicle in Kompong Speu province’s Oudong district on Thursday morning.

Deputy provincial police chief Tab Lorn told VOD the workers were standing in the back of the truck when it crashed, injuring 12 of them. Eight suffered severe injuries to their arms. Five required amputations between their wrists and elbows.

“I have already arrested the driver of the car carrying the workers, and we are filing a case to send to court,” Lorn said, explaining that the injured garment workers were treated for their injuries at the local district hospital.

The dangerous nature of the commutes made by Cambodia’s garment workers, which typically requires them to stand crammed in the back tray of small trucks gripping cage-like holds, has been frequently slammed by labor rights groups.

Interior Ministry public order department Run Roathveasna said earlier this week that 203 people had died and 515 people were injured in 383 traffic incidents in March alone. He said the figure was an increase from January and February.

(This article was translated from the original in Khmer.)