Foreign Immigrants Given 3 Months to Turn In Invalid Papers 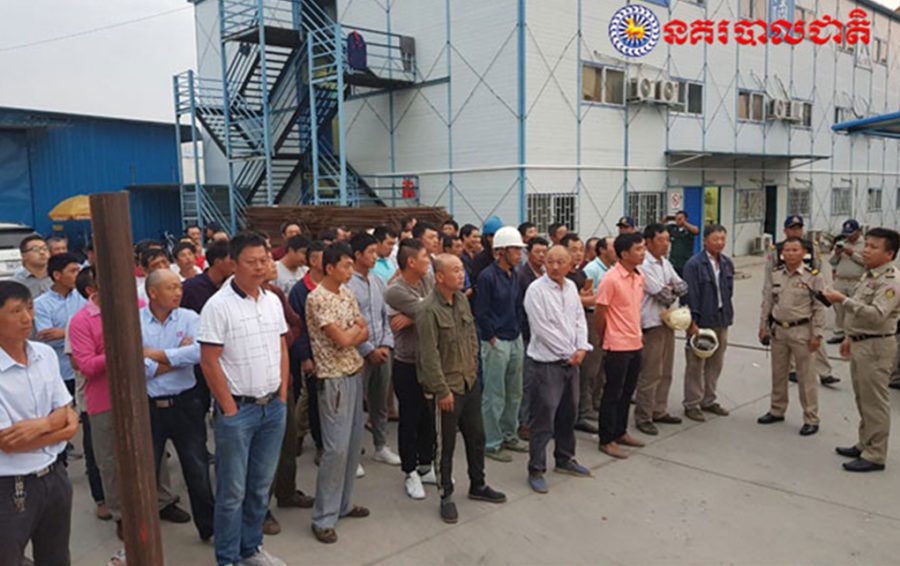 Authorities were investigating a group of Chinese immigrants in Phnom Penh on 16th January, 2018. (Photo/National Police)

The government has threatened legal action against about 5,000 mostly Vietnamese migrants it says are in living in Cambodia with invalid immigration documents unless they come forward to authorities within three months.

Claiming to have retrieved more than 92 percent of improperly issued immigration documents, Interior Ministry secretary of state Sok Phal said there would be a further three-month amnesty period to turn in remaining false papers.

Officials at the immigration department, Phal said, “will take back the documents being held by foreigners … and if they don’t let us take it, [the officials] will work with local authorities to finally implement the law.”

Interior Ministry statistics from 2018 say 99 percent of about 170,000 foreigners living in Cambodia are Vietnamese but that 76,000 of them did not have proper residency documents. A further 14,000 were living illegally, the statistics says.

Interior Minister Sar Kheng said in 2017 that his ministry would take action against officials issuing improper residency documents to foreigners.

Vietnamese living in Cambodia have a fraught history and an uncertain legal status. Many do not have official residency papers — despite living in the country for years or decades — and often carry substitute forms of identification and other documents issued at the local level or other arms of the government.

Speaking to reporters after an departmental review meeting on Monday, Phal said that ministry officials would ramp up inspections and education campaigns so that it could completely remove invalid papers within the next three months.

In the first three months of the year, 35,441 documents from 19,010 families were confiscated, the department said in a report issued Monday. The report did not say what happened to the families but noted that 75,740 foreigners had applied for permanent residency or legal recognition. It also claimed that the number of invalid documents that remained to be collected stands at 5,091.

San Chey, country director for the Philippines-based Affiliated Network for Social Accountability in East Asia and the Pacific, said the situation amounted to “serious corruption.” He urged for action to be taken against both immigrants holding false documents and the government officials who issued them.

“By holding illegal documents, they are committing offenses justifying deportation, not to mention the offense of using forged documents,” Chey said. “Besides this, those we suspect to have issued the documents are involved in serious corruption. This kind of corruption affects the proper implementation of other laws.”