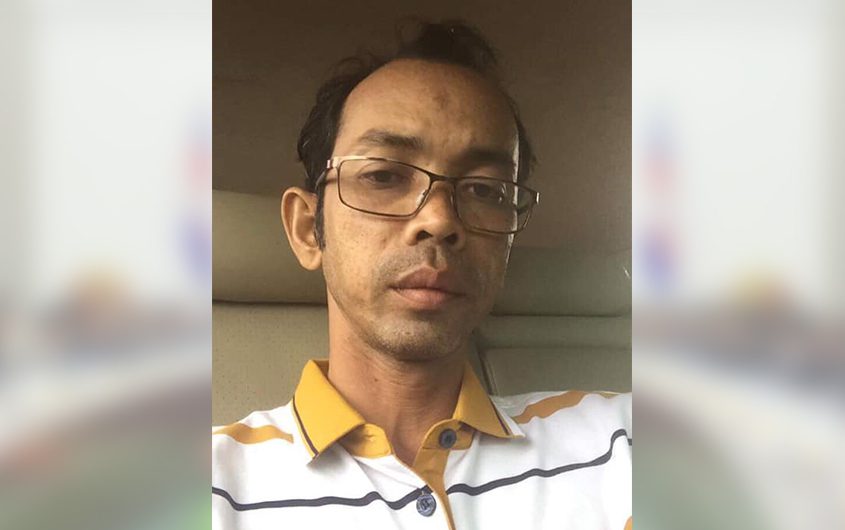 A former member of the outlawed opposition Cambodia National Rescue Party (CNRP) was being questioned in court on Wednesday in relation to alleged insults posted on Facebook against government leaders, including Prime Minister Hun Sen.

Phnom Penh Municipal Court spokesman Y Rin said May Hongsreang, the former head of the CNRP’s youth group in Preah Sihanouk province, was being questioned by the court prosecutor on Wednesday.

Chea Pov, director of the National Police’s anti-cyber crime department, said Hongsreang was arrested because he insulted the nation’s leaders on Facebook, including by editing images of Hun Sen, according to government-aligned Fresh News.

Hongsreang, who was detained upon his return to Cambodia from Thailand on Tuesday, was the 14th CNRP political activist to be arrested by Phnom Penh authorities since earlier this year, the CNRP said in a statement released on Tuesday.

The main opposition party was dissolved by the Supreme Court in 2017 with 118 senior party members banned from political activity for five years. The dissolution followed the arrest of party leader Kem Sokha on widely criticized treason charges, which he denies. Sokha remains under house arrest.

The CNRP demanded authorities immediately and unconditionally release Hongsreang, as well as other activists.

The party appealed to human rights organizations to “continue to put pressure on the Phnom Penh regime to stop the human rights violations, threats and persecution by all means against the CNRP’s activist and human rights activists.”

More than 140 former CNRP members and activists over the course of a few months earlier this year received court summonses or were questioned by police in actions that rights groups called “arbitrary” and “judicial harassment.”

Public insult carries a maximum fine of $2,500. Insult of a public official carries penalties of up to six days in prison and a fine of up to $25.