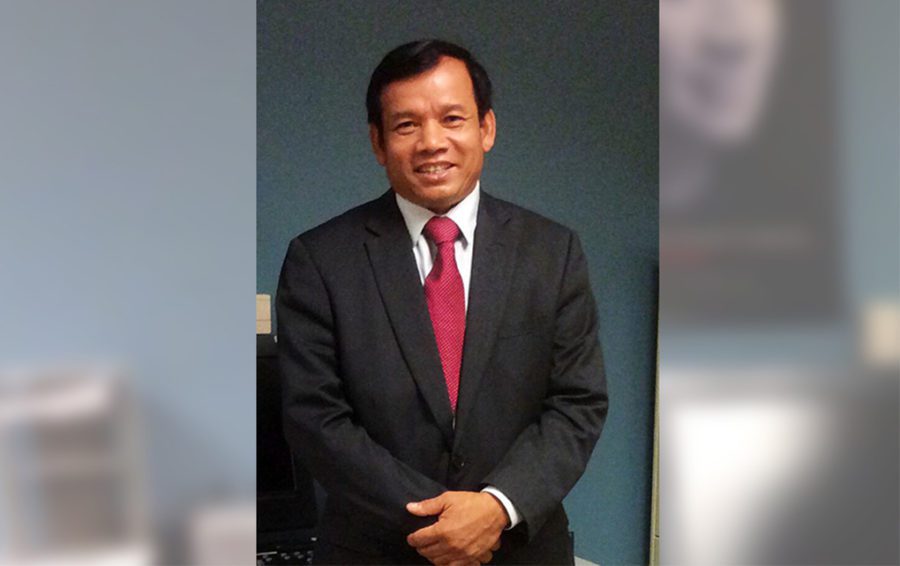 Former opposition lawmaker Real Camerin has applied to create a new party after walking away from the dissolved Cambodia National Rescue Party.

Camerin, one of nine ex-CNRP members who have asked the government to lift their ban on participating in politics, submitted a letter to the Interior Ministry on March 18 to form a new party. According to the letter, the new party would be called “Chakra Phup Khmer,” or Khmer Empire Party, another name for the Angkor Empire of approximately the ninth to 15th centuries.

However, Interior Minister Sar Kheng wrote back on Tuesday to inform the former opposition lawmaker that using the name of the historical state would not be allowed. He instructed Camerin to find a new name for the party.

Camerin was formerly a member of the CNRP’s steering committee and the party’s representative for Svay Rieng province. In November 2017, the Supreme Court banned 118 CNRP members from politics as it dissolved the main opposition party in the lead-up to the 2018 national election.

After winning all 125 seats in the National Assembly, the government allowed for banned politicians to apply for “rehabilitation” and return to politics, though CNRP leaders have labeled those who do so as “traitors.”