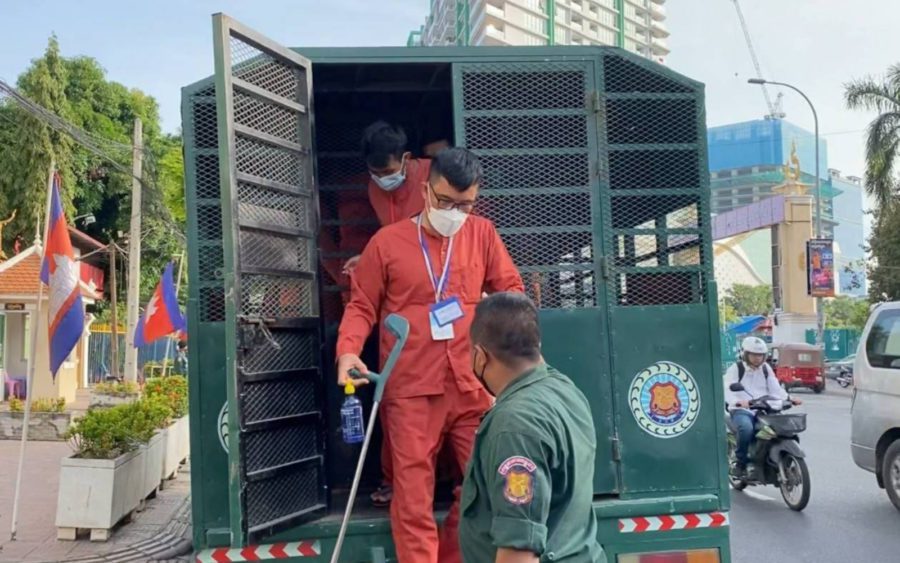 A former Cambodian consul general to China was convicted of money laundering Friday morning for purchasing and not declaring a condominium in Phnom Penh, adding to an existing prison sentence for corruption-related offenses.

The Phnom Penh Municipal Court convicted and sentenced Kruy Limheng to three years in prison, fined him around $25,000 for alleged money laundering and said it would confiscate over $100,000 in payments for the condo. The former diplomat was consul general in Kunming, China, till 2018 after which he moved to the inspection department at the Foreign Affairs Ministry.

Limheng was sentenced last year to seven years in prison and fined 10 million riel, or around $2,500, for destruction and embezzlement, misappropriation of funds, nondeclaration of assets and abuse of power.

The money laundering charge relates to Limheng’s purchase of a unit in a condominium in Phnom Penh costing around $300,000. The Anti-Corruption Unit continued investigating his case after the first conviction in 2020 and found out about the condominium payments.

Judge Sin Sovannroth said Limheng had purchased the house and was to make 40 monthly payments, for which he had already paid more than $100,000 from September 2017 to May 2020. The condominium purchase was also linked to Limheng’s embezzlement of funds and was not declared to the government, Sovannroth said.

Sovannroth asked, “Why did you not declare about buying a condo?”

“First, it is not a hard title. I bought it not for ownership, I bought it to sell for profit,” Limheng replied.

Limheng said he was using his own earnings — a $2,000 salary and $1,200 housing allowance — as well as savings and income from his wife’s business.

Sovannroth said the laundering was possible because of Limheng’s corruption and nondeclaration of assets, to which the defendant said he had already been convicted for corruption even though it was unclear what corrupt act he had committed.

Deputy prosecutor Chhay Hong said the law required Limheng to declare his assets, especially when buying and selling them, and that the defendant’s actions were “against the law.”

Hong also questioned why Limheng was reluctant to answer questions when questioned by the ACU. Limheng said he was threatened and not allowed to see the questions before he was interrogated.

An ACU official spoke at the hearing too and said the nondeclaration of assets and the buying of the condo fit the elements of money laundering.