Four Dead, Over 1,300 Families Evacuated Due to Flooding 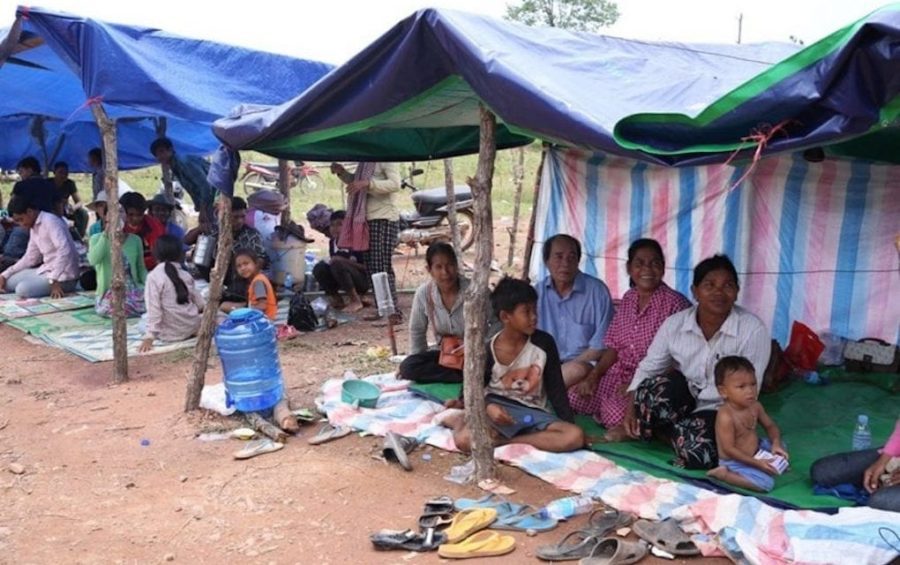 Floodwaters have begun to recede in Ratanakiri and Preah Sihanouk provinces, with water levels also lowering slightly in Koh Kong and more so in Mondulkiri, according to Keo Vy, spokesman for the National Committee for Disaster Management.

But more heavy rain and strong winds are expected this week with additional flooding possible in Koh Kong, Preak Sihanouk and other provinces along the Vietnam border, the Ministry of Water Resources and Meteorology said in a statement.

“We remain ready because the forecast showed that there will be more rain to come in the middle of this month,” Vy told VOD.

Nearly 6,000 families, and their property and livelihoods, have been impacted by flash flooding caused by heavy rain since last week, with flooding occurring in nine districts in Koh Kong, Ratanakiri, Mondulkiri, Kampot and Preah Sihanouk provinces, according to Vy.

Authorities have provided food and plastic tarps to build tents, and evacuated 1,342 families from their homes due to safety concerns, including 1,170 families in Ratanakiri, more than 100 in Kampot and six in Preah Sihanouk, Vy said.

Some 3,100 hectares of rice fields, 750 hectares of other crops, 19 schools, eight pagodas and one health center have been flooded across the country.

Last week, record rainfall and flooding in four communes in Sihanoukville forced authorities to cut electricity and clean water for a night.

A 15-year-old girl drowned in Ratanakiri province’s Lumphat district on Friday after a ferry boat she was in sunk due to heavy rain.

Dam operators opened floodgates of two hydropower dams, the Kamchay dam in Kampot and another in Koh Kong province, due to rising water levels, resulting in flooded villages in two districts in each province.
(Translated and edited from the original article on VOD Khmer)